Could collecting your morning banana peels and coffee grounds be the start of a more earth-friendly existence? Perhaps.

When one California city started a composting program to keep food waste out of its landfill, residents began to pay more attention to other environmentally sound practices, such as taking shorter showers, according to a study led by researcher Nicole Sintov.

“In our study, one pro-environment change appeared to lead to other benefits and that could be important to know as city leaders and others consider conservation projects,” said Sintov, who studies behavior, decision making and sustainability at Ohio State.

The researchers wondered if more good could come of the project than just fewer food scraps in landfills, so they studied a concept called “spillover,” in which one behavior prompts another.

This can work in good ways — such as a person going to bed earlier because she has started an exercise program. But it can also work in bad ways — say someone thinks it’s now OK to eat more doughnuts because he’s eating salad a few times a week.

“The idea is if you’re investing all these resources — composting bins and trucks and new facilities — is it possible that this could lead to any other pro-environment behavior, or do people start to slack off in other areas, which we don’t want,” Sintov said.

She and fellow researchers expected that the program might be a good way to test spillover because composting is such a hands-on and arguably unappealing endeavor.

They apparently were onto something.

Those who began composting food waste also engaged in more efforts to conserve water and energy compared to those who did not compost.

Spillover effect: when one behavior prompts another.

The researchers did not see any evidence of “negative spillover,” such as residents becoming less careful with food and natural resources after the curbside composting program kicked off.

The study begins to bolster the argument that civic projects such as free, easy composting and recycling may have multiple benefits — including those that might not be as obvious, she said.

Beyond demonstrating that composting was tied to greater conservation efforts, Sintov and her collaborators also found a possible psychological explanation for why that happens.

“Our study found that this happened because waste was on their minds, and this thinking about waste seems to lead you to manage waste in other ways,” she said.

“If we can figure out how to institute changes that would encourage people along the path of positive spillover, that would be really cool.”

Click here to go to page.
Sustainability
A better way to drain rain 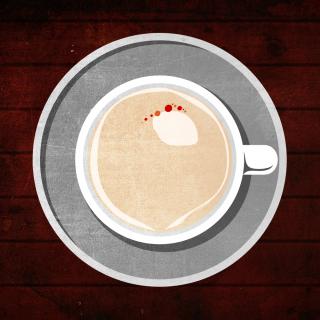