You look down, and a woman is holding her arm. Her hand’s been blown off. A man next to her has a gaping, bleeding hole in his gut. People are scattered around the subway platform you stand on as smoke swirls, lights flash and noise fills your ears. Some people have shrapnel in their legs; others are confused and limping.

Danforth, who has a background in designing VR simulations for medical students, and Kman, a FEMA first responder and professor of emergency medicine, collaborated with other medical center faculty and designers from the Advanced Computing Center for the Arts and Design (ACCAD) and have nearly completed the project.

Both recently spoke about the VR training tool.

As an experienced first responder, how effective is this as a training tool?

Kman: It’s far better than what we used to do. Back in the day, we would actually mock up like 30 actors and actually build a wooden subway platform. We’d have mannequins on the ground, we’d have smoke machines and trainees would respond. You can imagine the resources that went into that.

The fact we can take this out to Worthington Fire or Delaware EMS or the University of Michigan, who’s going to partner with us, that makes it incredible. Obviously, we could never transport the sixth floor of Prior Hall (where live simulations once took place).

How realistic is it?

Kman: Because of the fidelity of the headset, the subway actually becomes your reality, and it’s super realistic to an actual event. There’s smoke. There’s blinking lights. There’s people screaming. You have 15 victims in front of you, and you have to take care of them. The feedback is universally positive.

This is a really hard concept to study and simulate. Many EMS providers won’t be confronted with a situation like this, so it’s not that well taught or learned. But we know that prioritizing victims in a mass casualty scenario is important. So there’s going to be a huge benefit to those learning here.

And because Dr. Danforth and the development team have made it to where there’s varying degrees of severity of patients, this could be a training course for lay responders all the way up to trauma surgeons and ER doctors. The sky’s the limit for this.

Where did the idea for this come from?

Columbine was the big first one but then there was Sandy Hook and Aurora, Colorado, and Orlando, incidents where patients die at the scene. There was a lot of discussion about how to serve the greatest number of patients at these events. We learned at Sandy Hook especially that if responders could stop the bleeding and triage in the right way, they could save more lives.

All of this spun up into the idea of let’s use virtual reality to make something that’s very realistic to teach people a concept that is super important but foreign to their day-to-day work.

Danforth: We got a grant from the Agency for Healthcare Research and Quality (AHRQ) to build this, and at that time, the first virtual reality headsets were just becoming available that were affordable but still high quality. We brought in people from ACCAD who are all high-end graphics developers. We have the folks from computer science, and Dr. Kman has his clinical team, which brings the content knowledge for how everything should look and sound, what the discussions would be during an event.

We focused a lot of our development energy on creating what we call the universal patient. We’ve built our mass casualty incident in a subway. But it would be easy to change out our environment to do an active shooter simulation in an office building. We’ve made it so it’s easy to build a new environment, change the injuries.

Patients who aren’t acutely injured but may be panicked and screaming get more care than they need or should, and that comes at the expense of other patients who are acutely ill and need immediate care.

Dr. Doug Danforth, Ohio State University Wexner Medical Center about "over triage" as an issue
What’s it like to work with specialists from different disciplines?

We wanted this to look realistic. We used pictures from the Boston Marathon bombing and other realistic, actual pictures. We also want to continue to look at how much stress to add to the scenario. We want this to be a realistic exercise but not be triggering or contribute to post-traumatic stress. It will be an interesting balance.

The team was great about asking questions, and those were some of the most interesting conversations and aspects of this. I would venture to say a handful of people from ACCAD could probably do field triage now.

What are the next steps?

Danforth: We’re putting the final touches on, and over the course of this year, we will start bringing our learners through. Next year, we will take it on the road to firefighters and EMS providers and see how it performs in the field.

This will be a fantastic simulation, very high fidelity, and we have high hopes that this will really help not only our students and local EMS, but we’ll make it available to collaborators around the country and around the world. 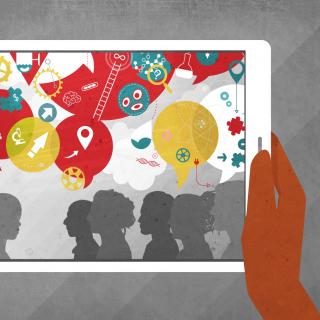 Click here to go to page.
Science and Technology
Research’s reach in our lives: a conversation with Grace Wang
5
min. read 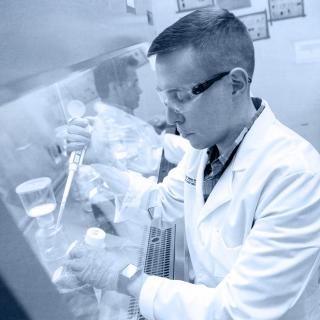 Click here to go to page.
Science and Technology
A call went out for COVID-19 testing help. This Ohio State team stepped up.
4
min. read 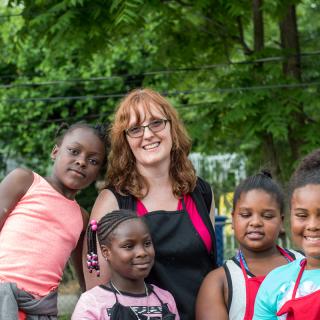