The U.S. energy grid is under attack from many angles.

And when it succumbs to a major blow, the effects are disastrous. Be it blackouts during California’s wildfires in the summer of 2020 or the winter storms of 2021 in Texas that left millions without power, we’re increasingly seeing billion-dollar weather and climate disasters to energy grids across the country.

We’re talking about an energy grid that was largely built in the 1950s and 60s before climate change, cybersecurity and a whole host of other threats appeared. So, is it time for an upgrade?

Abdollah Shafieezadeh is the director of Ohio State’s College of Engineering’s RAMSIS Lab (Risk Assessment and Management of Structural and Infrastructure Systems), which assesses critical infrastructure systems and informs decision makers and the public of its findings.

He recently spoke about what is needed to prepare our energy grid for the future.

What are the biggest problems with our energy grid right now?

That’s a million-dollar question. There are challenges on both the infrastructure side and on the demand side.

The pattern of demand has been shifting. For example, with electric cars the demand on electricity has increased, and it is anticipated to continue to increase substantially. Another factor that is changing is urbanization. That changes the demand in geographic areas where the system was not initially designed for.

Another factor is climate change. It’s making colder and hotter events more severe. Both of these increase the demand on electricity. You need to be using air conditioning during longer, hotter, and more humid summers. This is also when high waterbody temperatures impact cooling of power plants and reduce their capacity to produce electricity, and also when high temperatures lower the capacity of transmission lines to transmit electricity.

What about on the infrastructure side?

Cybersecurity is a major challenge and anticipated to grow.

Something that is emerging is aging infrastructure. The U.S. grid was a marvel of technology. It’s viewed as the most complex engineered system on Earth. It has over 650,000 miles of high voltage transmission lines and millions of miles of distribution lines, thousands of generators all working seamlessly almost at all times to provide power to everyone.

It’s a point of pride, but it’s becoming a challenge. The system was built decades ago, mostly in the 1950s and 60s, and was designed to have a service life of 50 years. We have passed that.

It doesn’t mean it immediately fails. But now that we’ve passed the design life and the system is exposed more and more to degradation, the rate of component failures under normal conditions usually increases.

At the same time, the capacity of the system to withstand intense stresses from climatic events, for example, also degrades so the system is becoming more vulnerable.

So how much money would it take to upgrade the system?

It’s a very difficult question to answer. There are estimates of the amount that would be needed but these are very rough estimates. The American Society of Civil Engineers does a report card of various infrastructures in the country, and they give our power grid a C-minus. That’s not a good grade, right?

Increasing the investment in the system improves performance, obviously, but customers are the ones paying the bills. So the question is: What is the right balance? Right now, the sweet spot is somewhere that requires much more investment than what we are doing currently.

There’s a challenge that if we don’t invest now the system is going to be worse in the future. And the impact of the investments will show up a decade or so into the future. But if we don’t do it, all those challenges to the energy grid may become even more pressing.

The system was built decades ago, mostly in the 1950s and 60s, and was designed to have a service life of 50 years. We have passed that.

Abdollah Shafieezadeh, Director of Ohio State's Risk Assessment and Management of Structural and Infrastructure Systems Lab
President Biden has a plan to address this issue. Do you feel public attitude is changing and people want to invest in this?

I believe the sentiment is changing given the experiences we have across the country. The South has been the most impacted by billion-dollar disasters. Some of the questions that existed in the public’s mind about climate change and the reality of that, whether it’s theory or reality, it’s showing through, and they are beginning to accept that as a fact.

(President Biden’s) plan initially was a $2 trillion infrastructure plan. That’s a very good move. The challenge is there is a cost to pay for investing later. The cost will be much higher in 10 years because the system is going to be in worse condition.

So this needs to get done now?

However, the reality is many infrastructure systems are now being maintained in a reactive mode or close to that because of lack of money to put into preventive strategies. It’s similar to the human body. If you don’t take care of the human body and don’t take care of signs that emerge of pain or discomfort, there is a chance it could lead to something very severe.

Click here to go to page.
Science and Technology
Get behind the wheel (and screen) 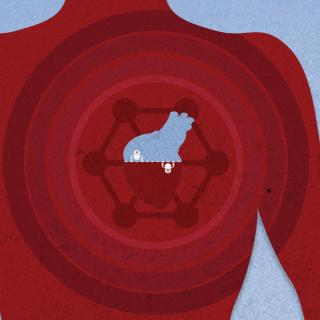 Click here to go to page.
Science and Technology
The future of 3D printing? Inside your body.
4
min. read 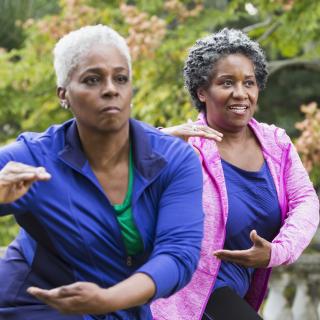