Almost half of Ohio’s lakes, wetlands and streams are tainted with nutrient runoff — fertilizers and animal manure, intended for land, but carried into bodies of water by rain and gravity.

Once in the water, those chemicals threaten plant and animal life, water supplies for humans and local economies that depend on water recreation.

Could floating islands peppered with nutrient-chomping plants be part of a solution?

At the Milliron Research Wetlands in Mansfield, Costa and Chen’s AFIs are made of PVC pipe and EVA foam (think of your average pool noodle). In their experiment, they link several AFIs together in cells.

Islands within each cell contain two plant species. The plants’ root systems are below the water. They trap contaminants and host communities of microbes, which thrive on contaminants in a process called bioremediation.

Because AFIs mimic natural conditions, they improve biodiversity in streams, lakes, reservoirs and urban ponds — and offset the environmental damage from nutrient pollution in the United States, which is estimated to be $210 billion annually.

Chen expressed hope that his findings will help create a healthier world for everyone, especially for those using Lake Erie.

“Lake Erie is one of the most nutrient-rich lakes in the world,” he said, referring also to Maumee and Sandusky bays. “The public swims and fishes in those water systems. … Dealing with this nutrient pollution problem should be a very important, very valuable thing to do, especially if we can find both an efficient and environmentally friendly way to do that.”

Click here to go to page.
Science and Technology
What we can learn from this ‘unicorn’ of a black hole 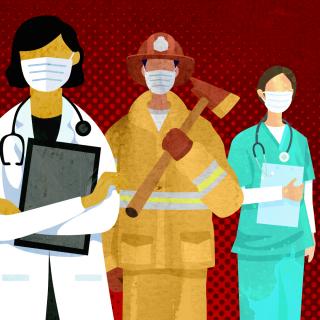 Click here to go to page.
Science and Technology
Historic COVID-19 study to focus on first responders and their families
3
min. read 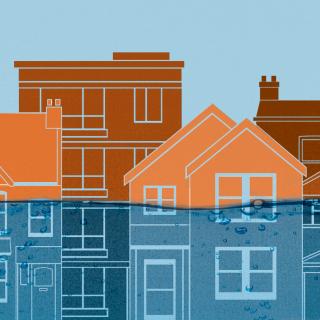 Click here to go to page.
Sustainability
Rising sea levels are threatening the coasts. Do we know how to respond?
3
min. read
Share