President Trump has declared a national emergency to bring about his desired border wall.

Moritz College of Law professor Peter M. Shane — an internationally recognized scholar in constitutional and administrative law — provides his expertise on a topic that is much debated but not easily understood.

Shane appeared in a recent USA Today article analyzing Trump's announcement, particularly an unscripted remark that could play into possible legal opposition: "I could do the wall over a longer period of time," Trump told reporters. "I didn't need to do this."

"Because the president's words are so at odds with the ordinary meaning of 'emergency,' any brief challenging the emergency would be negligent not to quote him," Shane told USA Today. "Whether a court would use those words to void the declaration is another matter."

In the answers below, Shane offers more insight into what a national emergency is, and where we could be headed from here.

How would declaring a national emergency enable President Trump to build a wall on the U.S. border with Mexico?

Under the National Emergencies Act, Congress authorizes the president to declare national emergencies. Any such declaration triggers other statutes, which in turn give the president or specific executive branch agencies additional powers that depend on the presidential proclamation. The president is required to specify “the (other) provisions of law under which he proposes that he, or other officers will act.”

However, it isn’t clear that the border wall fits within this authority, partly because the phrase “military construction project” has a specific meaning under the act that limits construction to what the act defines as “military installations.”

Would a national emergency to build the wall be unprecedented?

Since Congress enacted the National Emergencies Act in 1976, the circumstances triggering national emergencies have always had an international or cross-border component. In that sense, triggering an emergency to respond to international drug trafficking might not seem out of line.

However, nearly every national emergency declared since 1976 — including the 31 still in force — was intended to trigger executive branch powers to impose economic sanctions or specific limits on certain economic transactions. The one emergency proclamation going conspicuously further was President George W. Bush’s proclamation after the September 11 attacks, which invoked a variety of powers involving both the armed services and the Coast Guard.

No other national emergency has been declared for what are essentially law enforcement purposes, and all but the 9/11 order could be implemented through an emergency response that could be executed immediately, not over a period of years.

How are Congress and the federal courts likely to react if a national emergency is declared?

Congress may terminate a national emergency by statute and is required to consider such action every six months following a presidential declaration. Congress might also put restrictions in appropriations acts going forward that prohibit the transfer of funds from programs Congress has authorized to any initiative to build a border wall. President Trump could veto such measures, but Congress could override with a vote by two-thirds from both Houses.

As for the courts, in essence, no one may bring suit in federal court unless they can point to a sufficiently concrete injury that is caused by whomever they are suing. The most likely party to sue is probably the U.S. House of Representatives. Should President Trump redirect funds to the wall from accounts that the House believes are not authorized for that purpose, the House would no doubt argue that it was injured by the president’s alleged disregard of both Congress’s power of the purse and the exclusive authority of the House of Representatives to originate all spending bills.

It is not clear, however, whether a federal court would entertain a lawsuit over a national emergency declaration itself apart from any challenges to the specific spending moves following the declaration. Courts are reluctant to second-guess presidents in their exercise of national security powers, and will not be eager to determine independently whether the relevant facts provide an adequate justification for an emergency declaration. A lawsuit would likely have to focus directly on how the Secretary of Defense is actually implementing the order or proposing to do so. 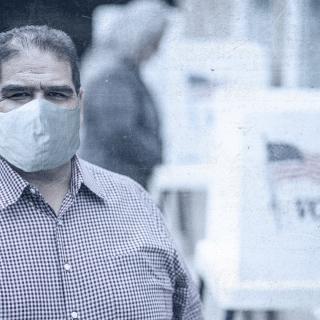 Click here to go to page.
Politics and Policy
Will COVID-19 infect the 2020 presidential election? It already has.
4
min. read 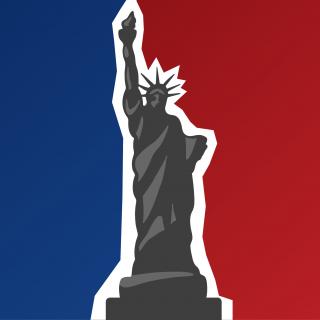