If Special Counsel Robert Mueller is fired in the midst of his investigation into Russian interference with the 2016 election, is it possible that the judicial branch could step in with its own special prosecutor?

Moritz College of Law Professor Peter Shane is internationally recognized for his expertise on the separation of powers and our government’s system of checks and balances.

In addition to authoring multiple books on the subject, he teaches courses about constitutional and administrative law, as well as law and the presidency at Ohio State.

Once the province of dusty history books, our nation’s laws governing the separation of powers are grabbing increasing attention. Shane explains how they can be interpreted — and how Americans might consider presidential powers during such a politically charged era.

You told The Washington Post that the judicial system itself might be able to act to keep the investigations going, even if Special Counsel Mueller is fired. Tell us why you believe U.S. District Court Chief Judge Beryl Howell could name a new prosecutor.

In a situation where the firing of a prosecutor might imperil the work being done by a grand jury, the question could arise whether a court would have the authority itself to appoint a new prosecutor.

It would serve to keep the grand jury going on the theory that the grand jury is a judicial organ, and that a judge might regard the ability to appoint a prosecutor as a matter of what I would call “judicial self-defense.”

Some people will argue that the appointment of federal prosecutors must be done by the president or the attorney general, and that if a court did so, it wouldn’t be consistent with our separation of powers. I argue otherwise.

The argument that prosecutors can be appointed only within the executive branch rests on the assumption that criminal prosecution is somehow an inherently executive function that must ultimately be accountable to the president.

But there is plenty of late-eighteenth-century evidence that criminal prosecution was not understood to be inevitably executive in a constitutional sense.

A number of state constitutions written about the same time as our federal constitution were worded similarly in terms of executive power, but left the appointment and supervision of prosecutors to courts. In some states, the attorney general was a legislative appointee.

John Sirica, chief judge of the U.S. District Court in D.C., also contemplated this when President Richard Nixon fired Special Prosecutor Archibald Cox during the so-called Saturday Night Massacre of Watergate. What happened back then?

According to Judge Sirica’s published memoirs in 1979, he certainly thought he did have the power to appoint a prosecutor to keep the Watergate grand jury going.

But it never happened because the political reaction to Cox’s discharge was so negative that the White House very soon afterward agreed to appoint another special prosecutor.

That new prosecutor was given the equivalent of the powers we give independent special counsels now, so Judge Sirica held his fire.

It helps to keep you intellectually honest to have good friends who actually disagree with you on important issues.

No, he has to go through an intermediary. Because Attorney General Jeff Sessions has recused himself, the acting attorney general over this case is Rod Rosenstein. If he wouldn’t do it, Trump could fire Rosenstein and then go through successors in a Saturday Night Massacre style until he found someone willing to do it.

My own view is that it is not necessary for Congress to act to protect Mueller against direct presidential discharge. The Constitution doesn’t give him that power under our current system.

You teach a class at Ohio State on constitutional law and the presidency. How have these issues currently playing out on the national stage brought history to life?

I think one word that most Americans had not incorporated into their dinnertime conversations before the 2016 election season is “norms.”

And one thing that I think a lot of people have now begun to think about is how any kind of effective government depends on customary forms of institutional behavior being followed, even if not legally mandatory, so that things can move forward in a stable and acceptable way.

I think those norms have been under some strain for 35 years, but recent events have accelerated the process of norm breakdown.

To some extent, the Trump administration has functioned as an enormous civics lesson on how institutions of government work — or in some cases — don’t work.

We live in such a politically polarized time. How do you get your students to look at these issues without resorting to taking the side of whatever party they support?

I tell my students that there are very few people in the world who would say, “Gee, the two people I agree with the most in the world are President Obama and President Trump.”

In other words, in order to avoid being swept up in the partisan passions of the moment, it is important to consider how rules operate on government institutions generally, not just on the people who happen to lead those institutions at a particular moment.

I also tell them that it helps to keep you intellectually honest to have good friends who actually disagree with you on important issues. Fortunately, our law school has a culture of friendship that transcends political party, which is a real asset in polarized times. 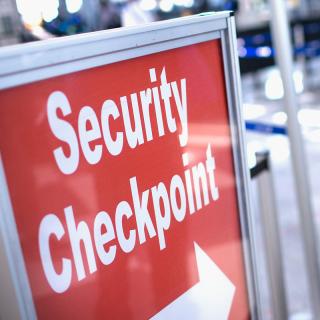 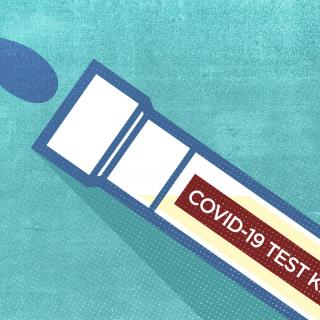 Click here to go to page.
Politics and Policy
Thinking of taking an antibody test? Consider this first.
4
min. read 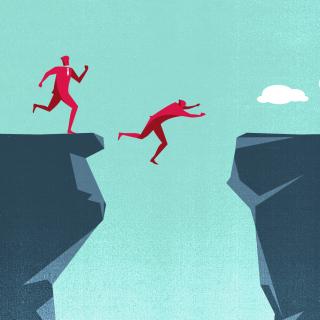