As if a presidential election didn’t have enough drama, the coronavirus has swept in with a fresh element of political worry, suspicion and fear.

Could Democrats try to steal the election? Could Trump? Could there be another Bush vs. Gore mess? Will there be legal battles in December?

Those fears aren’t unwarranted according to Edward Foley, professor in the Moritz College of Law and director of its Election Law @ Moritz program.

“If we have serious problems in November, I don’t think it will be caused by the pandemic itself. It will be partisanship,” said Foley during a recent discussion that covered democracy during the COVID-19 crisis.

During the discussion, Foley explained where political dysfunction around the presidential election may come from and how to avoid it.

It turns out, Ohio’s mid-March primary was cause for optimism.

In Ohio, the immediate lockdown period happened right around the date for our primary (March 17), and it caused a lot of confusion. Ultimately (state health advisor) Dr. Amy Acton, with the governor’s blessing, said it’s too dangerous. So in-person voting was postponed. It seemed chaotic at the time but it got pushed back and worked out.

My takeaway was if we can handle that acute crisis where it’s happening so fast, we’re going to be OK for November. Yes it’s going to be a big challenge, but we have enough time to ramp up vote by mail, and to make polling places safe so we can have a free and fair election.

I hate to say it but my level of pessimism has increased considerably.

Why the pessimism? See Wisconsin’s primary on April 7.

Wisconsin’s primary showed us what happens when hyper-partisanship causes gridlock. Wisconsin is a battleground state; so is Pennsylvania; so is Michigan. All of those states have the same dynamic where they have governors who are of one political party (Democrats) and the legislatures are a majority of the other political party (Republicans).

And that is my biggest fear, that there’s going to be this political gridlock that’s going to prevent the capacity for those states to properly build up to address this situation.

The ‘situation’ being properly handling absentee ballots and in-person ballots so everyone gets a chance to cast a vote.

Wisconsin wasn’t prepared for the flood of requests for absentee ballots, and it overwhelmed the system. So they just didn’t give voters enough ballots.

Then they said: Don’t worry, you can go to the polls instead. They said that in a week when the White House itself was saying, "Don’t even go to Wal-Mart if you can avoid it." It was a false choice in the moment. In Milwaukee, there were five polling places open when there were supposed to be 180.

So what do we need to do?

We could learn from that and say, "Never again. We guarantee in November we’re going to have fully staffed polling places and that we’re going to give everybody a ballot."

Many states are going to have to prepare for significantly increased percentages of vote by mail than they’re historically used to. That’s a logistical challenge, but if there’s the will to do it, it’s feasible.

Likewise there’s going to have to be in-person voting; we can’t rely exclusively on vote by mail for a variety of reasons. It’s going to be a challenge to make polling places appropriately sanitary and hygienic so voters feel comfortable. With enough planning, hiring and training of poll workers who are not elderly and at risk, it’s doable. But only if we actually do it.

The authenticity of the result depends on a fair opportunity for all eligible voters to participate. But we won’t have that if segments of the community lack meaningful participation.

But what if it’s close? Or what if one party claims the process was unfair?

We have to be prepared for this risk. The 12th Amendment to the Constitution states that Congress declares the official winner based on the electoral votes it receives from the states. That meeting will be Jan. 6, 2021. If both houses of Congress say: We know who the winner is, that result will prevail. The public will perceive the system worked.

The risk is when the two houses of Congress disagree. The 12th Amendment doesn’t tell us what to do with that kind of gridlock.

Feeling nervous? You can help make the process go smoother.

If you feel your personal health conditions justify it, sign up and be a poll worker. There’s going to be an incredible need for people to be poll workers.

And if you want to vote by absentee ballot, request that as early as you can. In the election law world, we’re talking about flattening the absentee ballot curve. What we don’t want is for the electoral system to get overwhelmed by a surge of absentee ballot requests in one moment the same way we were afraid hospitals would be overwhelmed with a surge. It’s a capacity issue.

So if we can spread out absentee ballot requests over a number of weeks, that will make it easier for the election administration to handle it. 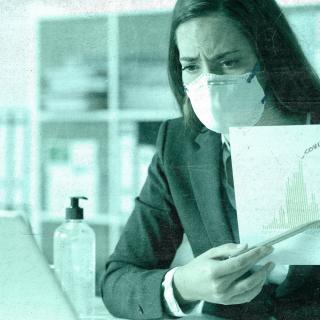 Click here to go to page.
Business and Finance
Jaw-dropping stats and what a vaccine could do for the economy
5
min. read 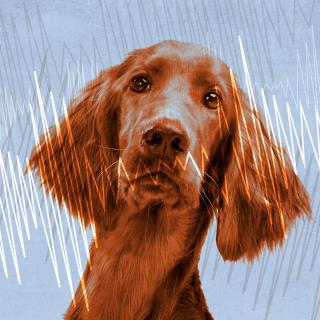 Click here to go to page.
Life and Society
Is your pet doing something weird? Here’s why.
3
min. read 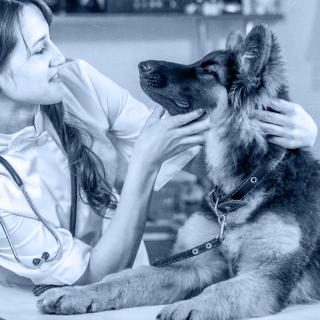 Click here to go to page.
Life and Society
So you got a new dog? Here are 10 ways to keep it healthy.
Share