Amy Stamper was trying to take attendance at the start of a high school theater class when a student refused to be quiet.

“She started cursing at me. She said the ‘F word’ probably 50 times in her tirade,” Stamper said. “I kicked her out of my class, but she refused to leave.”

Stamper, an Ohio State alumna with 20 years of teaching experience at that point, tried to get the student to move toward the door. As they moved toward the hallway, the student accused Stamper of pushing her.

“Then she turned around and hit me in the face.”

For teachers across the country, verbal and physical assaults are commonplace in the classroom. What’s surprising is how often they stay mum about it — or who they aren’t telling, explained Eric Anderman, professor of educational psychology at The Ohio State University.

How the teacher felt as a response to the violence — angry, at fault or whether it could have been prevented — factored into whom they reached out to for support.

“Teachers were likely to tell administrators about the assault if they felt anger or a physiological response,” said Anderman, who also chairs the Department of Educational Studies at Ohio State’s College of Education and Human Ecology. “There were some teachers who self-blame or who always feel like they’re the victim, and they were less likely to go to the administrators after an incident.”

Returning to the classroom

It wasn’t a question for Stamper.

“If I hadn’t reported it, someone would have,” she said. “There were 30-some kids in the class who witnessed it, and my glasses went flying down the hallway.”

The student was expelled and later convicted of a felony in juvenile court and placed on probation. Stamper had the legal support of her school, but she wasn’t offered counseling or time off after the incident.

After the assault, Stamper had a mark on her cheek and a sore on her nose where the glasses dug in. Her frames needed adjusting.

That was just the physical damage.

“It did affect me a lot that year. I was shaken. I really didn’t want to go back in the classroom. I knew I had to. I was nervous because there were kids in the class who were her friends,” Stamper said. “I really never talked about it to the class as a whole. We went back to business as usual.”

Stamper had previously taught the student as an underclassman, and the student had reached out to her while struggling through issues in her home life. Stamper said she didn’t take the incident personally because she knew the student was “troubled,” but it still saddened her.

“It’s scary to get assaulted no matter who it is,” Stamper said. “I was disheartened by it. I forced myself to go back the next day and face it.”

“I don’t walk around feeling like I’m going to get attacked again. I’ve never felt like that in a class since then.”

The national study surveyed 3,403 teachers from kindergarten through 12th grade and was conducted in collaboration with the American Psychological Association, the National Education Association and the American Federation of Teachers.

Teachers wrote about “the most upsetting” incident where students verbally or physically were aggressive or intimating. Of the 2,505 teachers who reported having experienced violence, nearly 40 percent detailed insults, sexual advances or verbal assaults, 25 percent reported actual physical assaults, and another 20 percent wrote about threats of physical violence.

The more the teachers blamed themselves for the incident, the more likely they were to report being angry about it, the study shows. And that made them more likely to talk to others about what happened in the classroom, Anderman said.

“Teachers who feel like there’s something they could have done to prevent it are less likely to tell colleagues about the assaults,” he said.

Only 12 percent of teachers who experienced violence from a student sought counseling, Anderman said.

“More surprising for me personally was the number who actually talked to a counselor,” he said. “Interestingly, whether the teacher was angered by the incident didn’t play a role in the person’s decision to seek counseling like it did in the decision to report it.”

How teachers respond after these incidents varies based on the severity of the incident, the years of experience teaching and other factors, Anderman said. Those who reported seeking counseling said they were sad and upset, and several teachers blamed themselves for the incident.

Threats and attacks in the classroom can have a huge impact on a teacher, Anderman said. They can deter people from pursuing a career in teaching, and some leave the profession because of that.

“It happened to me as a high school teacher,” Anderman said. “I did tell the administration, and I got no support. … I left with really a bad feeling.”

He’s since learned that his experience more than 20 years ago wasn’t typical. Most of the time administrators respond in a positive manner.

“I’m a teacher educator now,” Anderman said.  “I think I had that experience so I can help others.”

Stamper said the school environment plays a role in whether a violent incident against a teacher is reported.

“At some schools, it would be a scandal if a teacher was assaulted. And at some schools, it’s almost an everyday occurrence,” she said. “Teachers get callous to it, and it becomes expected.”

Anderman worked with colleagues from the University of Florida;  Rutgers, The State University of New Jersey; DePaul University; the Center for Court Innovation; University of Kansas; Texas A&M University; and Ohio State. One goal of their research is to work toward a national registry for reporting incidents against teachers.

“Teachers don’t have a way to report these assaults, other than to the school,” Anderman said. “This happens a lot, and there’s no formal data. We don’t really know the extent of what’s going on.”

He also hopes this research helps bring more professional development to schools and awareness to the school’s responsibilities to provide support and handle the situation. 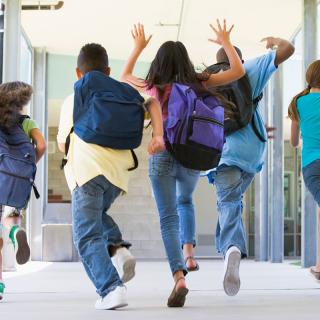 Click here to go to page.
Life and Society
Acing the back-to-school test

Click here to go to page.
Science and Technology
A textbook example? 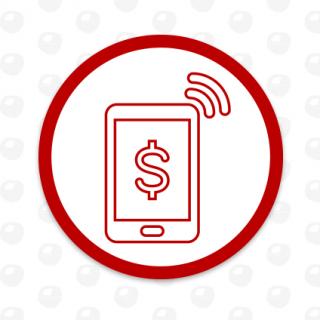