For many, Supreme Court Justice Ruth Bader Ginsburg was a trailblazer for her position on women’s rights, gender equality and civil liberties in general.

The justice even became a celebrated part of American pop culture — dubbed “The Notorious R.B.G.” — in part because of her passionate dissents, as well as advocacy.

For Deborah Jones Merritt, distinguished university professor at The Ohio State University Moritz College of Law, Ginsburg was even more than a national figure.

RBG was her friend for 40-plus years, dating back before Ginsburg became a Supreme Court Justice in 1993.

“We definitely had a good relationship,” Merritt said. “I had the chance to do a number of quite personal things with her. I’m glad that she led such a long, rich life because she certainly brought so many blessings to all of us.”

Ginsburg, who was awarded an honorary degree by Ohio State in 2009, has been hailed throughout the country since her death, due to complications from pancreatic cancer, on Sept. 18 at age 87.

“The first thing that stands out about her as a justice, of course, is the fact that she seized on arguments that could be made to advance women’s equality,” Merritt said. “In a sense, those seem obvious to us now, but I think they were not obvious at the time. She believed deeply that law, society and culture should all allow us to be whoever we want to be.”

Merritt also knew Ginsburg the person, as well as the legal giant. She recalled a gracious and meticulous friend who loved her family and classical music — especially the opera — as much as she loved talking passionately about the law.

“She was quite witty,” Merritt said. “Her mind played with words. She could come up with great turns of phrases. She loved to do that and would laugh and laugh. In fact, when something tickled her, she could laugh for quite a while.”

From student to friend

The relationship began in 1979, when Merritt was a student in Ginsburg’s constitutional law class at Columbia University. After graduating a year later, Merritt clerked for Ginsburg, who had been appointed judge on the U.S. Court of Appeals for the District of Columbia Circuit.

“That first year was really a special time,” Merritt said. “There was no doubt that the then-Judge Ginsburg was smart and wise enough to learn it all on her own. She didn’t need us clerks. Nonetheless, we were there to watch as she became a judge.”

One memory for Merritt exemplifies that seriousness. Ginsburg made a point to visit the D.C. jail and the men’s penitentiary outside the city to better understand the conditions under their supervision.

“It impressed me that she was taking so seriously her responsibility as a judge,” Merritt recalled. “The penitentiary was a little bit like a military barracks. On our visit, we were the only two women in the whole facility. I have this image of the very petite judge walking in front of me down this long line of imprisoned people standing at attention at the base of their cots.”

A friendship developed between Ginsburg and Merritt, who later clerked for Justice Sandra Day O’Connor on the Supreme Court, and continued for four decades, with their final correspondence coming by note in recent weeks.

Ginsburg not only attended Merritt’s wedding, but the justice hosted her surprise bridal shower, too. Over the years, they attended social engagements, including an event at The Greenbrier resort in West Virginia, where they went horseback riding along with Merritt’s husband.

“I always wanted to be respectful of who she was,” Merritt said. “I never called her anything other than ‘Justice,’ and I never tried to talk about Supreme Court cases with her. I didn’t see myself as being a voice in her ear about how she should decide cases.”

A visit to Merritt’s Moritz

Ginsburg, however, didn’t hesitate to share her expertise on April 10, 2009, when the Ohio State Law Journal hosted a symposium entitled “The Jurisprudence of Justice Ruth Bader Ginsburg: A Discussion of Fifteen Years on the U.S. Supreme Court.” Merritt’s colleague Marc Spindelman, the Isadore and Ida Topper Professor of Law, organized the symposium.

Ginsburg spent the day at Ohio State meeting students, faculty and area judges. She graciously answered questions about law and herself, and she posed for many photos, including one in which she formed the “H” in “O-H-I-O.”

“She took very seriously being a role model,” Merritt said. “She took a lot of time going to law schools and interacting with students. That was her favorite format. She did not like to give speeches, although she gave speeches from time to time. She preferred the question-and-answer kind of setup, which was a great format for the students.”

In her final remarks at the symposium’s question-and-answer session, Ginsburg urged the law students to discover ways to make their own impact.

“I have found working in the law so tremendously satisfying,” Ginsburg said that day. “The key reason is not just because you can earn a decent income, but because you will have a skill that you can contribute to your community. Because you are a lawyer, you can do things to make life a little better than it might be if you were not contributing your time and talent. There is no greater satisfaction than to give something to the community.”

Ginsburg gave much to advance women’s rights by working on and arguing groundbreaking cases before the Supreme Court in the 1970s as the director of the A.C.L.U Women’s Rights Project.

She did the same as a Supreme Court Justice for 27 years, known for mixing her passion with collegiality.

It’s why on the night of her death, law students gathered outside the Moritz School of Law to mourn.

It’s why Ohio State president Kristina Johnson paid tribute to Ginsburg with an email to faculty, staff and students.

And it is why Merritt treasures her long relationship with Ginsburg.

“I hope her legacy will be a combination of her majority opinions and her dissents,” Merritt said. “In some ways, the views of the dissenter are more of a rallying point. The majority has won the day, but somebody who disagrees — and who is strong in voicing that disagreement — is carrying kind of a torch for what we hope the future will bring. That’s a particularly inspiring figure.” 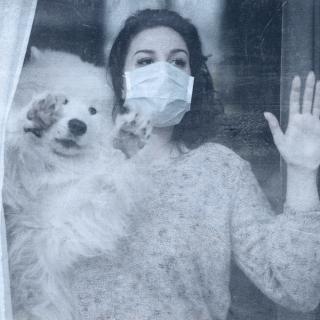 Click here to go to page.
Life and Society
Prep your new dog for an empty home
2
min. read 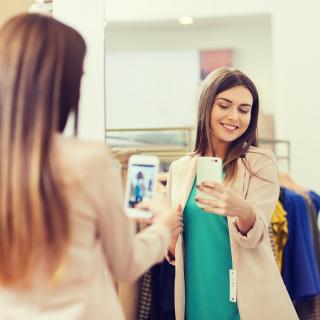 Click here to go to page.
Life and Society
Parents creating their own little narcissists? 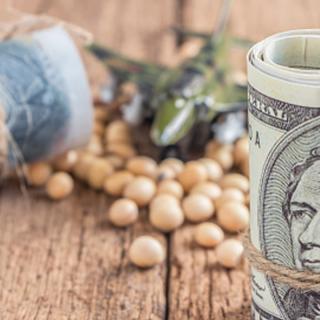