We used to debate what facts meant.

Now, more often, we argue about what are the facts.

This “post-truth” world of rapidly disseminated information, misinformation and disinformation has researchers studying possible causes, such as echo chambers and social media.

The search is also on for answers to this question: How do we get out of this mess and return to agreed-upon facts?

“We can’t just expect to flip a switch and everything will be better again,” said R. Kelly Garrett, professor in Ohio State’s School of Communication. “I don't think that there is an easy answer, but we've gotten through other big challenges.”

“We should not give up on our ability to tell truth from fiction. We can do it — both individually and as a society. Hope is not lost. It's just going to take time and effort and a lot of working together to solve these problems.”

Some of the solutions must come from the institutional level, Garrett said, but you can help, too. Garrett addressed ways that individuals can play roles as better stewards of information and truth.

How can each of us help combat falsehoods?

We can speak up when we see or hear someone say something that’s not true.

Unseating that false claim can be very hard. One of the reasons is that if the falsehood has been integrated into how someone makes sense of the world, then when you correct the falsehood, you're taking away their ability to understand what's going on in the world. No one likes that.

If you can re-introduce another explanation, one that is more closely aligned with the truth and empirical evidence, then you're in a much better situation. You can promote a better understanding without jeopardizing the person's sense that they know what's going on.

You will always find people who won’t be convinced by anything you say. But that doesn’t mean you shouldn’t say it because there are still a lot of other people who are really trying their best to be accurate and honest.

How should we respond to someone promoting a falsehood?

Don’t beat up on them. Engage them respectfully and try to have a conversation organized around evidence.

It’s healthy and useful for other people if you step up and say, “Hey, did you see this story? Or here are a couple other sources that suggest that's not quite right.”

You don't have to get involved in name-calling, and, in fact, you shouldn't.

Making people feel bad about themselves, punishing them or ostracizing them tends to actually have other harmful consequences because then they want to find a way to feel better. A good way for them to feel better is to stick with their original belief.

Try to hear and acknowledge their point of view. Often the fears that people have that lead to the inaccurate beliefs are fears grounded in reality. They are living it. They are vulnerable. They have experienced things that are dangerous in the past. It’s not that people are being purely irrational; it’s that it’s a really complicated space.

We also know that if we de-politicize the claims that we want to make, we see that people are often much more receptive to accurate information and corrections to falsehoods. It’s when the claims are so clearly linked to a partisan identity that they tend to stick with the party line.

Being respectful, bringing evidence to bear and taking on conversations of the people who you might disagree with can be very useful. If we get enough people, in a friendly sort of way, trying to correct the record, then we can hopefully elevate the overall quality of the conversations that we have.

Why is it important that others join in on correcting an untruth?

Part of the way that we move past this is to build confidence in the kinds of evidence that are out there, in the kinds of experts and institutions that people need to trust. We can build it through the power of groups.

News consumption is such a social process today. We have pretty good evidence that people are swayed by groups. Our social identities, the groups that we belong to, powerfully influence who we believe, what we believe, who we trust.

If one person says X is true, and the other says X is not true, we're a little bit unsure about what to believe. But we pay attention if a whole lot of people come along and say, “You know, X is not true.” It’s the idea that big groups tend to be right.

The more people understand and work within the constraints that empirical evidence places on us, the more others will be persuaded that, “OK, there is safety in this. This is actually a reasonable choice.”

Often the fears that people have that lead to the inaccurate beliefs are fears grounded in reality. They are living it. They are vulnerable.

We do have a bit of a crisis. There are people who are doing really badly at being able to sort out truth from falsehood. That's a problem. But I’m not yet convinced that this is because people have given up on or devalue facts, or that they’ve decided how they feel about reality is more important than what the facts say.

Human beings don't like to be left in the dark. We don't want to be left wondering what went wrong. If something catastrophic happens, we want an answer. We want to be able to place blame so that we can feel like we know how to protect ourselves in the future.

We can’t lose hope or lose track of the fact that the majority of Americans do hold accurate beliefs. And people do update their beliefs. 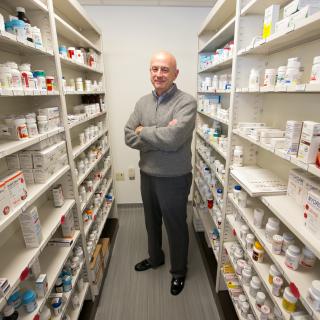 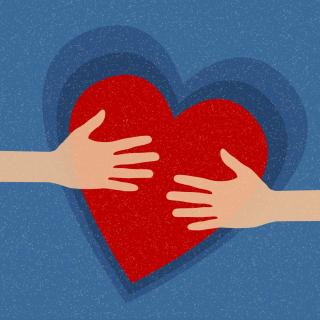 Click here to go to page.
Life and Society
Why are people putting off ‘I do'? 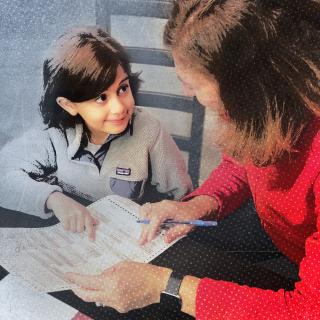