Main content
When the famed spire on the Notre Dame Cathedral collapsed in April 2019, splintering like a brittle tree branch, swallowed by violent orange flames, you could almost hear the world’s collective gasp.

An icon had been destroyed. What was Notre Dame without that spike in the Parisian sky, that arrow pointing to the heavens?

Well, it turns out it’s a lot like the original Notre Dame.

“The spire? We have older buildings than that in Columbus,” said Jacqueline Gargus, a professor of architecture at Ohio State’s Knowlton School of Architecture.

In fact, Gargus said, Notre Dame is a mashup of hundreds of years of restorations that have changed its look and character since its construction began in the 12th century. Its first restoration occurred not long after it was built, with the invention of flying buttresses that helped support the cathedral’s thin walls while adding drama to its Gothic aesthetic.

This continuous change is typical of structures with a long history like Notre Dame’s. For example, St. Peter’s Basilica in Vatican City is a Renaissance building that was “much tinkered with” during the Baroque period — and built atop the ruins of Old St. Peter’s Basilica.

“These things by their very nature change in time,” Gargus said. “They are monuments that collect history on them.”

Notre Dame’s most dramatic facelift — and, some architects would say, its most barbaric — came at the hands of Eugène Viollet-le-Duc, a young architect tasked with rebuilding the severely damaged building in the mid-19th century. Viollet-le-Duc believed the Gothic period “could have gone farther in making things attenuated and pointed,” Gargus said, so he took the opportunity to remold Notre Dame in his vision. And he built that spire.

“The Notre Dame that we know now is not the real Notre Dame, so at what point do we stop counting?” Gargus said. “In a sense you have to mourn the passing of the artifact from the era we know it.”

“These things by their very nature change in time. They are monuments that collect history on them.”
Share on Twitter
Jacqueline Gargus, Professor of architecture

Plenty of iconic structures have rebuilt after disaster. The Reims Cathedral, where the kings of France were crowned, was destroyed by fire in 1211, rebuilt and damaged by another fire in the 15th century, shelled by German troops during World War I and restored again. The Chapel of the Holy Shroud in Turin, Italy, reopened in 2018 after a massive fire and two decades of restoration. Rome’s Colosseum avoided complete ruin through a multimillion-dollar restoration that began in 2013.

Some restorations, like the Colosseum’s, are fiercely loyal to the original architecture. Others take the opportunity to use more resilient materials or incorporate modern design elements. Notre Dame’s restoration is certain — hundreds of millions have already been raised — but what it will look like remains to be seen.  Gargus imagines that Parisians will be loyal to the vision they had of Notre Dame, before the fire that nearly destroyed everything.

“Something like a cathedral is not just a thing, but a collection of memories and history,” she said. “People may feel that their ancestors walked on those stones. It’s not neutral. It’s not a thing. It’s a place.”

Click here to go to page.
Life and Society
Start your morning right — or suffer all day 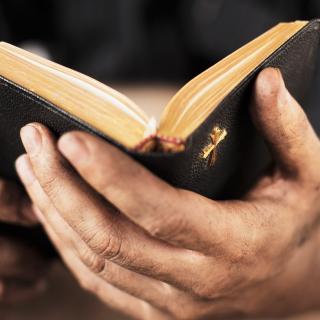 Click here to go to page.
Life and Society
Why is organized religion on the decline? 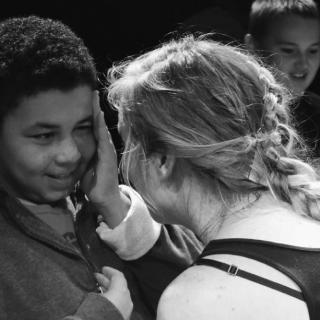