Grandparents raising their grandchildren face a variety of challenges, many of those difficulties unique because of the caregivers’ own health or financial well-being.

Ohio State experts say kinship caregivers’ many challenges are complex and have been made even more difficult in the past year because of the COVID-19 pandemic. Kinship caregivers are family members, such as grandparents or aunts and uncles, who are the primary caregiver for a child in place of biological parents.

“This is a population that needs support, and we shouldn’t overlook them,” said Angela Provenzano, a second-year student in the doctorate of occupational therapy program at Ohio State.

Still, the topic of kinship caregiving doesn’t generate much public attention — even though about 100,000 grandparents in Ohio are currently raising their grandchildren, with 39% of those households not having a parent present.

“The main problem is most people don’t even recognize it as an issue,” Provenzano said. “It’s like, ‘Oh, they’re just taking care of their family. It’s not a big deal; that’s what they’re supposed to do.’ But it’s really so much more than that.”

Provenzano has spent the past 10 months working to help kinship caregivers, most of them grandparents, in a weekly online support group that she formed in partnership with the Ohio Grandparent/Kinship Coalition.

Ohio State named Provenzano a 2020-21 Columbus-Athens Schweitzer Fellow for her idea to create the support group, which has grown to include an email list of 50 kinship caregivers in Ohio and an average of 10 to 12 participants in weekly Zoom meetings.

“What I’ve heard from the caregivers,” Provenzano said, “is how this support group has been really helpful for their mental health, because they have nowhere else to go and no one else to talk to about their day-to-day struggles.”

This is a population that needs support, and we shouldn’t overlook them.
Angela Provenzano, Ohio State doctoral student

Provenzano has also had guest speakers in the one-hour group meetings share their expertise and resource information. She has created a website that addresses topics and issues that the caregivers have raised in discussion.

“There are so many topics to cover because taking the role of a kinship caregiver comes with so many complex layers,” Provenzano said. “To start off with, when grandparents take in their grandchildren, there is normally a traumatic situation involved with the parents and the child. There is often drug addiction or neglect or just instability. It stems from a place of brokenness. That’s one of the issues you might not think about at the forefront.”

The caregivers, by nature, are tempted to forget about their own needs while raising their grandchildren or other family members.

“Being the givers, they default to meeting the needs of the child and worrying about them,” Provenzano said. “They’re doing this while struggling with physical or mental health themselves. I try to emphasize in support group meetings that you have to take care of yourself before you can give to someone else.”

How to deal with home-schooling the children during COVID-19 has been the issue grandparents have most often raised in their group meetings, Provenzano said.

“Having kids at home all day is really exhausting,” Provenzano said. “This is on top of needing to meet their educational needs and all of their sensory needs. And on top of that, some caregivers have to work. It’s such a barrier.

“I know some grandparents who are caregivers have had to leave their jobs because their job hours don’t fit with the kids’ hours being home from school, and they can’t afford childcare. There’s no easy solution.”

Grandparents who are raising grandchildren sometimes face custody issues, which Provenzano said relates to another major problem expressed by the kinship caregivers: how to navigate the legal system.

“It’s something that’s never broken down to caregivers,” Provenzano said. “They feel lost because it is so foreign to them. We’ve had lawyers come in and show the caregivers options, and that has been really empowering for them. They feel like they have more control or understanding in that realm.”

“They’re usually kind of isolated from their own peer group and also from the peer group of the parents in the school system,” Provenzano said. “Grandparents might not know how common it is to be a kinship caregiver until they meet other people who are and realize that they’re not facing their issues alone. It’s not necessarily them doing something wrong or facing a challenge unique to them.”

That understanding has come to life in Provenzano’s online support group. She has witnessed a community spirit develop among the regular attendees over the past 10 months.

“I can stay quiet the whole meeting,” Provenzano said. “They’re all supporting one another without me even having to step in or guide the conversation at all. That’s been really cool to see, and it’s the biggest marker of success.

“We have new people come in, and they feel it’s a comfortable environment because they see how well people are connecting and how open they are to sharing. People definitely see value in it and come back — not for me or for their own knowledge, but they come back for the relationships, to support each other and to be friends. Now it really feels like family.” 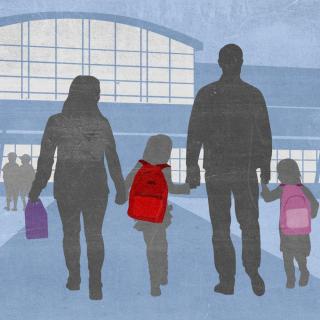 Click here to go to page.
Life and Society
Acing the back-to-school test 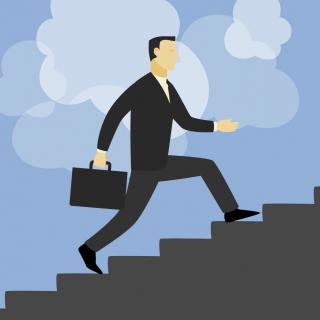 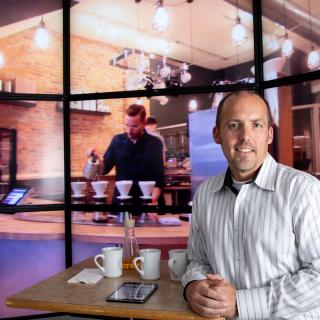 Click here to go to page.
Science and Technology
This food lab does things a little differently
Share