Known as the "Sport of Kings,” horse racing has been a pastime in America since the first racetrack was built in the 1600s.

But for many of us, it's a sport we think of once a year as a backdrop for ornate hats, mint juleps and frenzied betting.

Here, Dr. Jonathan Yardley, an assistant clinical professor in equine field services at Ohio State's College of Veterinary Medicine — along with Sarah Tegtmeier, who will graduate from Ohio State as a doctor of veterinary medicine on the same day as the Kentucky Derby (May 4!) — offers the primer you need to understand more about thoroughbred horses and the races that make them household names.

(Plus, they share a nugget or two you can drop into your Kentucky Derby party and sound like the smartest person in the room.)

How do you buy a racehorse?

Racehorses can cost anywhere from $1,000 to over $1 million. They are usually acquired at special auctions that are created for the sole purpose of selling thoroughbred racehorses.

Fasig-Tipton is the largest auction company that sells thoroughbreds in the United States, in the spring and fall each year. They range from offering horses that haven’t begun training yet to ones retiring from racing that have good potential as breeding stock.

What does it cost to train a racehorse?

Horses that are purchased untrained must be sent to trainers, which costs anywhere from $80 to $120 per day depending on the trainer’s expertise. Additional vet bills and farrier (shoeing) fees are accrued monthly as well.

What was the most expensive racehorse?

The most expensive racehorse sold in the United States was The Green Monkey, an unraced prospect that sold for $16 million in 2006. The Green Monkey ended up winless in several starts and was retired.

So the purchase price of thoroughbreds does not correlate well with talent and winnings on the track. In recent years, research has shown that horses purchased in the $75,000-$125,000 range have the best overall return on investment.

American Pharoah, the 2015 Triple Crown and ‘Grand Slam’ winner, was purchased for $300,000, while many horses purchased for over $1 million fail to reach their owner’s expectations.

How old are racehorses?

The majority of horses begin race training as 2-year-olds and run for several years at various racetracks around the United States.

The most famous horse race in the world is the Kentucky Derby, run on the first Saturday in May of every year since 1875. This race is for 3-year-olds that have qualified based on a points system by placing well in their prep races.

What are the major horse races?

Collectively, these three races make up the Triple Crown. Only 13 horses in history have won the Triple Crown — most recently, American Pharoah in 2015 and Justify in 2018.

The Breeders’ Cup Classic is a race with a purse (prize) of $6 million. This race is part of the Breeders’ Cup, a collection of championship races with different divisions for racehorses of all ages to compete for a total of $30 million over two days of racing every fall.

Breeders’ Cup is known as the World Series of horse racing. Winning the Breeders’ Cup Classic with the Triple Crown is called the "Grand Slam." American Pharoah is the only horse so far that has won the Grand Slam.

Are there any female racehorses?

All races are open to fillies, but some races are exclusive to fillies only, including a female Triple Crown.

Zenyatta, another famous race mare, was well known for her dancing moves in the post parade, and she loved hearing the crowd cheer. She won the Breeders’ Cup Classic against males in 2009.

What happens to racehorses after they retire?

After racing, many thoroughbreds are retained for their genetic potential and become stallions and broodmares. Kentucky is the heart of Horse Country and contains the majority of the thoroughbred breeding farms in the United States.

Other retired racehorses become riding horses and perform in a wide array of disciplines, including dressage, jumping, eventing, barrel racing and pleasure riding. 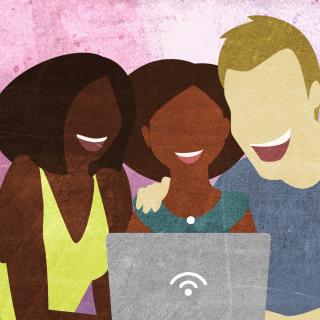 Click here to go to page.
Life and Society
Teaching your tweens and teens to be media literate
3
min. read 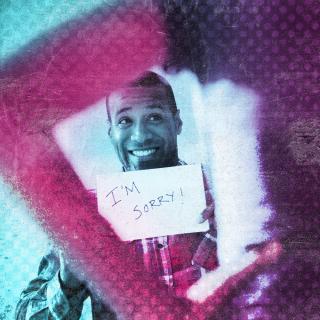 Click here to go to page.
Life and Society
How to say sorry: 6 steps to the best apology
2
min. read 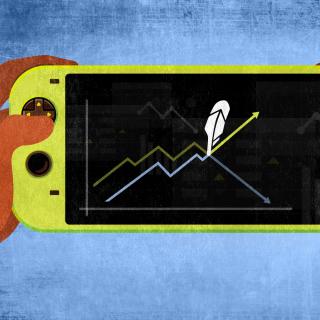