As the COVID-19 outbreak continues, questions continue to pop up about the role of governments.

Should they be doing more? Less?

During a recent panel discussion hosted by Ohio State’s College of Public Health, Marc Spindelman, the Isadore and Ida Topper Professor of Law at the Moritz College of Law, said COVID-19 will change how we live.

“Nobody knows all the ways,” he said, “But it has the potential to alter what we think about, need and get from the law.”

One thing that has been on full display is voluntary mutual aid, a form of what Spindelman described as “civic friendship.” As it is being practiced, mutual aid involves people directly helping people affected by everything from breakdowns in supply chains to institutional shutdowns. Even social distancing and isolation are “great heroic acts of civic friendship,” he said.

“(Mutual aid) recognizes that needing is part of the human condition, distinctively, but not only, in crisis,” Spindelman said. “Figuring out what our needs actually are and asking for help in getting them met can itself be a gift that allows another human being in, to meet a need that stands ready to be met.”

But our society often sees a balance between everyday acts such as civic friendship and using the law to stop criminal actions. Spindelman discussed how they relate to each other with regard to the law and our government’s oversite.

The role of civic friendship

Civic friendship is a deep tradition in our country, and traces roots to our country’s founding and before. It refers to a certain kind and quality of relationships that people can have with one another in the political sphere.

During this crisis, we’ve seen exemplary acts of civic friendship, most famously from our health care providers and first responders and those providing essential services, Spindelman said.

But there are also other examples of civic friendship within our communities. Spindelman highlighted how some of his own students, along with other university students, are practicing civic friendship by helping total strangers who, in turn, are helping them by allowing the students to help.

“I’ve learned when trying to experiment with practices like these in my teaching and writing, it’s easier to describe this work than to actually do it,” Spindelman said. “Then along come these students working it out in real time … building platforms and inviting people to name and claim needs — around food, finances, shelter — that others in the community are invited to meet.”

Civic enmity: the law and government

With civic enmity, Spindelman pointed out that it is the government’s responsibility to use laws and sanctions to control those who would do harm during these times through acts, such as price gouging, discrimination, violence and fraud. Some of these acts of civic enmity involve those in government office who are or become corrupt.

So while government must provide for our welfare and liberty, we must also remember it can threaten us as well.

“This means being genuinely thankful for the good government from political leaders like (Ohio) Gov. Mike DeWine, while keeping our eyes peeled for governmental abuses of power” and the violation of rights, he said. “Hence the struggles over government money, watchdogs and where medical supplies … will go.”

While it creates a complicated picture, Spindelman said if we can stay in touch with the idea of mutual aid, it can serve to guide us.

“This is a lesson some of our students are powerfully teaching us through their actions,” he said. “My day job is as a teacher of students. I am also, however, a student of my students’ teachings.” 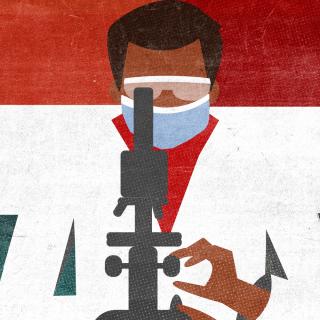 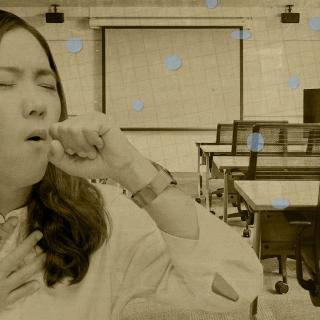 Click here to go to page.
Science and Technology
How one cough can overwhelm your environment 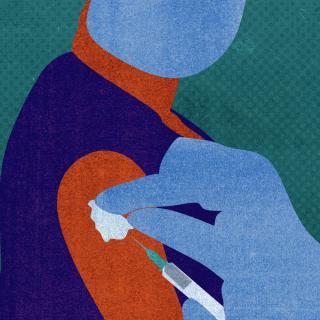 Click here to go to page.
Health and Wellness
Do I need a vaccine if I've had COVID-19? A doctor explains
Share