Military veterans and fine arts have found common ground at the Wexner Center for the Arts.

“Vets at the Wex,” coordinated with the Chalmers P. Wylie VA Ambulatory Care Center in Columbus, welcomes a group of veterans to the center once a week for eight weeks of conversation and community building. Offered once a year, the 3-year-old program kicks off again in February.

“We limit the group to about 12 or 13 veterans so everyone feels comfortable,” said Tracie McCambridge, manager of gallery teaching and engagement at the Wexner Center, which offers free gallery access to veterans and active military members. “The goal is to help them see the world, see the objects through a variety of lenses. They have deep conversations about the pieces in the galleries, and as they talk about them, they realize the person next to them might see something totally different than they do. They realize that what they perceive is not concrete.”

The program is meant to spark discussions and build community among the veterans, McCambridge said. The group, along with a representative from the VA Center, studies the pieces in the galleries together.

B.J. Stull served as a machinist in the U.S. Navy from 1988 to 1994, where he said he spent most of his time “in the belly of the ship.” The Wexner Center program gives him the opportunity to “get out and do things with people who have had similar experiences in an environment that I feel comfortable in,” he said. “There’s the veteran connection, too — even though we’re all different, it’s nice to get together and find out what this experience can teach us about the art, about ourselves.”

It also provides a comfortable place that can be therapeutic for veterans, particularly if they deal with stress or even PTSD, said Christine Ballengee Morris, professor in the Department of Arts Administration, Education and Policy.

“I think the visual arts can trigger feelings, and we’ve found that many of the veterans can work through their feelings, expressing themselves and discussing things in a safe group,” Ballengee Morris said. “It gives them the opportunity to be together and talk.”

We’re building a very safe space for them to build a community together.

Tracie McCambridge, Manager of gallery teaching and engagement at the Wexner Center for the Arts

The group is an eclectic mix, attracting veterans from the Korean, Vietnam and Iraq conflicts. Colleen McSweeney, employee engagement coordinator at the VA Center, said when she first advertised the program, there was an overwhelming response from veterans interested in all areas of the arts. “You really don’t have to know anything about art,” McSweeney said. “It’s all about sharing ideas with each other.”

The interactive program includes visual arts, live dance performances — even a performance by a string quartet. In that exercise, McCambridge leads the group through meditation to tune into their bodies before musicians play snippets meant to evoke a range of emotions. She asks the veterans to pay attention to what they feel.

"So often, if your physical or emotional body hurts, you dissociate and numb yourself," she said. "This activity is meant to gently invite everyone to step back into their physical selves. It can actually be quite emotional."

Gloria Weimerskirch, who served in the U.S. Marine Corps in Okinawa during the Vietnam era, said the key was gathering as a group with “a bunch of other veterans. Not only are we able to open up and start to express ourselves, but it opens us up to share with other veterans,” she said.

“It really got us talking, and it opened up new things for me to experience. And we don’t just look at the result of the artist’s work — we consider our interpretation of what the artist was feeling.”

McCambridge said the group is meant to be social, but the veterans often develop a richer and deeper sense of community.

“They’re experiencing this new stuff together,” McCambridge said. “We’re light about it, but we also have deep conversations about the pieces in the galleries. We spend a lot of time on the question, ‘What do you see?’

“They start sharing some pretty intense stories. We’re building a very safe space for them to build a community together.”

Click here to go to page.
Health and Wellness
How to lose weight at work
5
min. read 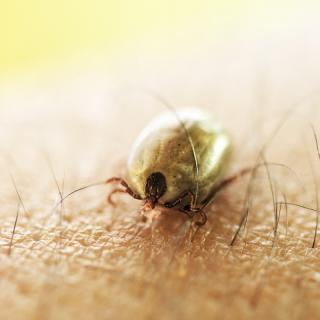 Click here to go to page.
Health and Wellness
Don't let these bugs ruin your summer 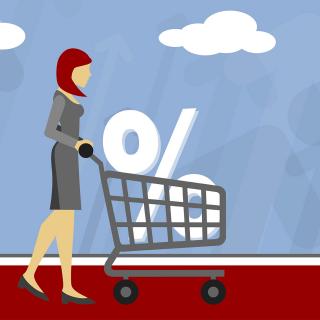