Never reach for a doorknob in the dark. You don’t know what might be waiting.

That’s some of the advice (it’s not as ominous as it sounds) given by Ohio State experts on how to deal with all the insects and other tiny creatures that thrive in the heat of summer — and make humans miserable or give them the creeps.

Here’s a look at some of them:

(Oh, and if it's too late, and you've already been bitten or stung, check out the Wexner Medical Center's tips for treating yourself.)

What to know about spiders

That doorknob advice comes from Richard Bradley, an associate professor emeritus of the Department of Evolution, Ecology and Organismal Biology and the author of several books on spiders. He offered it as one way to avoid spider bites.

Some species, such as black widows and brown recluse, are notoriously poisonous — but Bradley downplays the risk, noting that bites from these are very rare, and that poisonous spiders would rather flee and usually bite only when they’re being crushed (an understandable reaction). He pointed to a study in which a Kansas woman trapped more than 2,000 brown recluse spiders in her home over a roughly six-month period, during which time none of her family was bitten once, although any emotional trauma wasn’t specified.

Spiders, which are not insects but arachnids, are everywhere, Bradley said. There are more than 600 species in Ohio alone. You won’t see many, though — they’re great at hiding, and many only come out at night.

One major benefit of spiders is that they eat mountains of insects, many of which are considered pests. In fact, a study found that worldwide, spiders eat 400-800 million tons of prey a year. That’s more than all the world’s humans, to put that in disturbing context.

“Before you swat the spider, think about swatting 1,000 flies,” Bradley said.

How to deal with spiders

Or, if you insist:

To avoid bites, check before you put your hands in dark nooks where they might be hiding, like under shelves. And don’t leave clothes lying around on the floor where spiders might crawl into them during the night.

What to know about bees

There is a huge diversity of bees, 500 different kinds in Ohio alone, according to Reed Johnson, an associate professor of entomology.

Wasps, including yellow jackets, are not bees, although they’re often lumped in with them. Bees eat pollen and nectar, while wasps are carnivores.

Bees play a crucial role in feeding humans, not because they make honey, although that’s delicious, but as excellent pollinators. Declines in honeybees have caused concern in recent years — here's how you can help.

People fear their stings, but Johnson said bees are usually aggressive only when defending their nests or hives, not when they’re out on flowers (wasps, on the other hand, can be more aggressive).

How to deal with bees

What to know about mosquitoes

You’ve met mosquitoes. Unlike spiders, they’re quite friendly, far more so than anyone would prefer.

Two of the more common kinds people are likely to encounter, said Peter Piermarini, an associate professor of entomology, are the northern house mosquito, which carries West Nile virus, and the invasive Asian tiger mosquito, which has even fewer admirable traits: It’s an aggressive biter, even in the daytime, and can transmit the Zika virus and dengue fever.

Piermarini notes that in the United States, West Nile virus is one of the more common mosquito-borne diseases, but you’re very unlikely to to acquire dengue fever or Zika, even in states like Florida where it’s previously been found in mosquitoes.

“The diseases capture most of the media attention, and a lot of the research for good reason,” he said, but a less recognized impact is the annoyance and stress for people just trying to enjoy the outdoors — and the economic impact in areas that offer hiking, fishing and tourism but also copious numbers of mosquitoes.

How to deal with mosquitoes

What to know about ticks

Ticks, like spiders, are arachnids and not insects, but they’re far more dangerous than spiders. In recent years, Tim McDermott, a Franklin County Extension educator and former veterinarian, has seen a steady increase in tick bites to people, pets and livestock, a phenomenon he speculates may be related to climate change and an increase in the deer population. He’s trying to get the word out.

“The diseases and the allergic syndromes that ticks will transmit to people are universally horrible, devastating diseases that can last for a long time, can elude diagnosis, and can cause permanent changes that even if you go on antibiotics down the line, you might not get reversal of those things,” McDermott said.

Ticks in their earlier stages can be tiny — nicknamed the “walking freckle” — and while you should pull them out as soon as possible, McDermott said it’s best to avoid getting a bite, period. “Your chances of contracting the disease if the tick is embedded on you are much greater than they used to be.”

How to deal with ticks 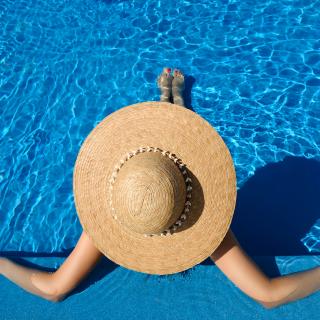 Click here to go to page.
Health and Wellness
A false sense of sun security 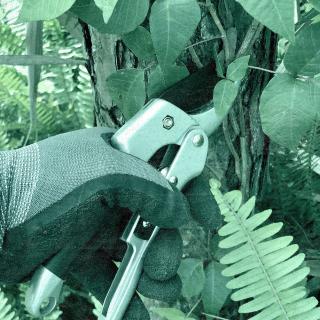 Click here to go to page.
Food and Agriculture
Know what you grow — especially if it’s poison ivy 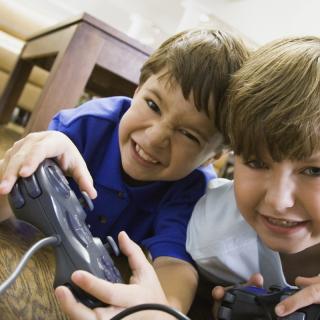