We all feel sad or blue sometimes. Sadness is a human emotion all people feel at certain times during their lives. It’s a natural reaction that’s temporary and fades with time.

Depression impairs social, occupational and other important areas of functioning. It differs from sadness because it is a mental illness, not an emotion. Depression is more serious than sadness and can lead to suicidal thoughts. Anxiety and substance abuse can add to that.

When celebrities — such as Kate Spade, Anthony Bourdain and others — choose to end their lives, everyone takes notice. And for a time, the uncomfortable subject of suicide makes headlines and leads to conversation about why it happens and whether we can prevent it.

“There is no one reason why people die by suicide — and there’s no single response that will stop it from happening,” explained Mark Hurst, MD, director of the Ohio Department of Mental Health and Addiction Services. Hurst completed his residency in psychiatry at Ohio State and began as a faculty member in 1989. “Frequently, the real reasons for attempting suicide are hidden and unknown to the rest of us.”

Suicides among the wealthy and famous are startling because we view them as having everything. Yet, this type of “success” — as defined by society’s standards — does not mean immunity to depression and mental illness.

Suicide rates have increased in nearly every state over the past two decades, and half of the states have seen suicide rates go up more than 30 percent. About 45,000 people take their lives in the United States each year. Recent figures show Ohio has risen 37 percent, primarily in northeastern Ohio.

“It’s a complex societal and public health problem. We view others’ lives through our own eyes, and we cannot know how they view their own lives,” Hurst says. “What is clear is that in the end, they see no options for the future and have lost hope, the most common factor among individuals who attempt suicide.”

Research now shows there are specific ways to reduce suicide, including screening in primary care settings, assessing risk objectively, linking with treatment promptly and addressing access to lethal means of suicide. In the past, psychiatrists treated underlying depression with the belief that this alone would eliminate suicide risk.

Can you help prevent suicide?

You may not know what to do with concerns about someone who may be suicidal. According to Hurst, asking someone about his or her feelings will not make that person more likely to attempt suicide.

“Inquiring about a person’s well-being and asking if someone feels like dying or ending their life is often unburdening to the person with those thoughts,” he said. “Those who are suicidal feel alone and isolated — and a kind outreach from a concerned person helps break that isolation.”

Hurst offered the following guidelines for helping a loved one or friend in crisis.

Is the person expressing no hope for the future? Self-loathing or self-hatred?

Is this person engaging in self-destructive behavior or withdrawing from others?

Is this person expressing a sudden sense of calm, getting affairs in order or saying goodbye?

Things that increase risk include the end of a relationship or marriage, death of a loved one, an arrest or serious financial problems.

Be caring and be yourself.

Be sympathetic and non-judgmental.

“I’ve been worried about you.”

“I know you are feeling your life is not worth living now, but I assure you that it is. You are my friend and a person I value. Now let’s see about getting you some help so you start feeling that way, too.”

Don’t argue with the person.

Don’t say the person will never do it.

Don’t tell the person how to fix his or her problems.

Be proactive. The situation is a medical emergency and requires professional assistance. If a friend confides feelings of being suicidal, then encourage that person to seek help and, most importantly, indicate you will be there and you will help. Remove any potential means of suicide. Continue your support over the long haul.

Suicidal Crisis Support: Text GO to 741741 to chat with a trained crisis counselor 24/7. 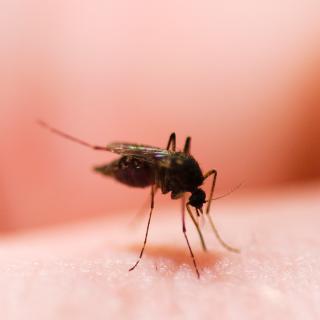 Click here to go to page.
Health and Wellness
Zeroing in on Zika

Click here to go to page.
Health and Wellness
What you can expect with the COVID-19 vaccine 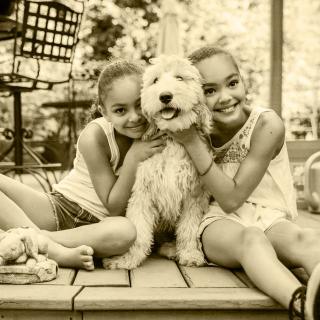 Click here to go to page.
Life and Society
Is your dog safe from COVID-19? What about your cat?
5
min. read
Share