How does a summer cycling event lead to breakthroughs in medical research?

Discoveries at Ohio State know no boundaries, and advancements made at the OSUCCC – James in Columbus, Ohio, are shared far beyond.

As thousands of Pelotonia riders push off this weekend in a shared mission of “One Goal,” here are four important ways Ohio State researchers are putting their efforts and fundraising to good use:

Finding a cure for adult acute myeloid leukemia (AML) has long frustrated researchers. But thanks to support from a Pelotonia Idea Grant, a team from Ohio State is investigating a promising new treatment that could just be that elusive cure for this aggressive blood cancer.

Having already successfully developed a drug for the treatment of chronic lymphocytic leukemia (CLL), John C. Byrd, MD, and Rosa Lapalombella, PhD, now are studying a targeted new agent called KPT-9274. This agent blocks a molecule — NAMPT — that forms in the immature white blood cells in the bone marrow that are the hallmark of AML.

AML cells need that NAMPT molecule to grow and survive. A treatment that blocks NAMPT could starve the malignant cells from the energy they need to grow. It also could hinder AML cells from repairing DNA damage, making them possibly more vulnerable to chemotherapy. It might even allow patients to receive lower doses of chemotherapy, which may be easier to tolerate.

Other targeted therapies seem to be effective in targeting only a single subtype of AML. Unfortunately, there are numerous subtypes of this blood cancer. Lapalombella and Byrd hope that KPT-9274 might be useful in targeting multiple AML subtypes that depend on NAMPT.

“We are hoping this Pelotonia-supported research will help bring this promising agent to AML patients in a clinical trial,” Lapalombella said.

How much do breast cancer patients really understand when they opt for mastectomy as a treatment for their disease?

Many of them don’t understand nearly enough, according to research by Clara Lee, MD, a breast reconstructive surgeon at the OSUCCC – James. Lee and a team of researchers studied 126 breast cancer patients to learn more about the decision making they went through.

The team found more than half of the patients undergoing a mastectomy didn’t have all the medical knowledge they really needed to make the best decision. They weren’t fully aware of all the risks that accompany mastectomy and mastectomy with reconstructive surgery.

Today, Lee and her colleagues at Ohio State are working on a new Pelotonia-funded study to evaluate treatment decisions in early-stage breast cancer patients. They’ll examine patients’ preferences, knowledge and expectations for their treatment — and their future well-being. They’ll also evaluate how communication between physician and patient can affect the decision-making process.

They hope to develop tools that clinicians can use with their patients to help them become better prepared to make these big decisions.

A big challenge in cancer treatment is determining the most effective and appropriate chemotherapy regimen.

A multifaceted technique blending microtechnology, tissue engineering and 3-D imaging is enabling a team of researchers to study certain changes to cancerous tumors that could make chemotherapy more effective.

With funding from a Pelotonia Idea Grant, Jonathan Song, PhD, a researcher in the College of Engineering and at the OSUCCC – James, and his collaborator Michael Ostrowski, PhD, at the Medical University of South Carolina, have developed a model that allows them to study certain molecular changes in a cancerous tumor cell. Specifically, they’re monitoring the flow of fluid through the extracellular matrix (ECM) that holds the mix of cells within a cancerous tumor together.

Song and Ostrowski also are watching to see how the flow conditions change when a gene called PTEN contains certain mutations. So far, their research suggests that when that PTEN gene is silenced, the cell changes the structure of the ECM to significantly decrease the flow of fluid to and around those tumor cells.

“That could reduce the delivery of chemotherapy to malignant cells in the tumor, making the drugs less effective,” Song said.

In 2016, the OSUCCC ­– James launched the research autopsy study to examine how tumors become resistant to cancer treatment. It’s a fairly new field of study; Ohio State and just a small handful of other universities conduct body donation studies as part of their cancer research efforts.

Sameek Roychowdhury, MD, PhD, associate professor of medical oncology, and his team are conducting research autopsies to study tumor tissues of patients who consented to donate to the study. In order to obtain the tissue before it has a chance to degrade, however, the researchers have to take the tissue within just a few hours after a person’s death.

With this “rapid autopsy” research study, Roychowdhury hopes they can learn as much as possible about cancer — and the body’s reactions to cancer and the treatments they received. With that knowledge, they will be able to develop better, more targeted drugs and therapies for people who are still living with cancer.

That could reduce the delivery of chemotherapy to malignant cells in the tumor, making the drugs less effective.

Pelotonia is funding statewide initiatives involving genetic testing that are designed to promote early detection and better outcomes for patients with lung and endometrial (uterine) cancers. Community hospitals throughout Ohio are collaborating with the OSUCCC – James in these initiatives.

The Beating Lung Cancer – In Ohio (BLC-IO) initiative, led by a team of OSUCCC – James physicians and scientists, is evaluating the effect of advanced gene testing combined with expert advice on lung cancer treatment and patient survival.

A three-year period of patient recruitment began in March 2017, and more than 2,000 newly diagnosed patients with stage IV non-small cell lung cancer are expected to enroll via the community hospital network. Patients will receive free testing for more than 300 genes in their cancer specimens, and their local physicians will receive expert support for interpreting test results and determining treatments.

In addition, the BLC-IO will provide smoking-cessation support for up to three years to participating lung cancer patients and family members; researchers will evaluate different smoking-cessation models in collaboration with primary care physicians.

Also in 2017, the OSUCCC – James launched the Ohio Prevention & Treatment of Endometrial Cancer initiative with Pelotonia funding. This effort, involving multiple collaborators from the OSUCCC – James and Nationwide Children’s Hospital, will recruit up to 700 women with endometrial cancer from community hospitals and screen them for Lynch syndrome (LS), an inherited genetic condition that causes colorectal, endometrial and other cancers.

Their tumor samples will undergo molecular profiling to guide and personalize treatment according to each patient’s tumor characteristics. Patients identified with LS and their at-risk family members will be educated about the importance of genetic testing and cancer-prevention strategies based on their highest risk of LS-associated cancers.

Molecular profiling also will help identify patients most likely to benefit from new medical therapies, including immunotherapy. Some patients will be referred for immunotherapy clinical trials. 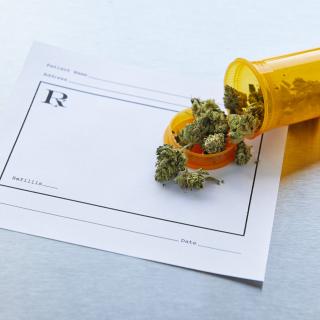 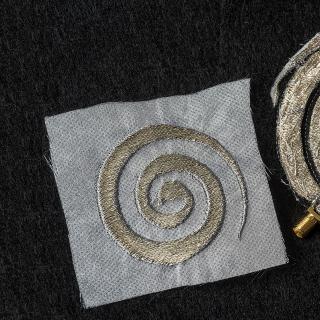