A piece was missing.

After working years as a community advocate for survivors of domestic and sexual violence, Julianna Nemeth was convinced something wasn’t being addressed in treatment programs. So she returned to school for a PhD that would help her become an intervention scientist and create interventions that would pinpoint the needs of survivors.

It paid off. In 2016, Nemeth, an assistant professor of health behavior and health promotion at Ohio State, began a study that uncovered that missing piece: Survivors of domestic and sexual abuse often were victims of untreated brain injuries, either through blows to the head or being choked or nearly suffocated.

In the first community-based study of its kind, published in 2019, researchers from Ohio State and the Ohio Domestic Violence Network found that 81% of women who have been abused and seek help have suffered a head injury, and 83% have been strangled.

Nearly half of the women in the study had been hit in the head too many times to remember, and more than half were choked at least a few times. Some said they lived through both, often concurrently.

This revelation also contributed to Nemeth’s work with homeless youth, who also experience high rates of abuse, often resulting in the same types of brain trauma. These undiagnosed brain injuries have lasting repercussions for victims. But discovering the missing piece could lead to important treatments and interventions facilitating access to, and greater success with, health, safety and social services. Nemeth recently spoke about that.

Were the results of this study surprising?

I remember we were sitting in a conference room at the Ohio Domestic Violence Network, and we were looking through the summary data for the first time together. It was this oh-my-gosh moment that this was really significant.

Why is understanding traumatic brain injury in abuse survivors so important?

It’s something service providers were just not recognizing. They considered trauma, mental health and substance abuse, but brain injury is not something they know much about, and that’s a critical issue.

What we also found is that within the brain injury community in general, domestic violence and other kinds of interpersonal violence are not being studied scientifically. Typically within brain injury research, the focus is from war injuries and sports injuries. So the clinical response and all the clinical protocols have been built on these other populations that have very little to do with the populations we are working with.

So this discovery made a splash, and we’re now moving research forward that will help to evolve this.

Has anything developed yet?

CARE is about connecting with survivors and acknowledging that blunt force head trauma, strangulation and other types of oxygen deprivation, mental health issues and suicide ideation are very common among this population. It is also about responding to the needs of survivors in a way that is accessible given the interplay of trauma, mental health and brain injury concerns. We created CARE tools — resources that advocates and our partner agencies can use to implement CARE, including materials to address head trauma, strangulation and their impact using simple language.

Through the evaluation process, we’ve really learned that overall trauma-informed advocacy practices improve when brain injury is directly addressed and accommodated for in-services. By connecting the missing piece to the bigger issues, survivors receive improved functional and social support from service providers.

And the way you went about this study was important also, right? As a researcher working directly with community groups.

In the first community-based study of its kind, researchers from Ohio State and the Ohio Domestic Violence Network found 81% of abused women seeking help had suffered a head injury; 83% had been strangled.

Once people started to recognize this issue, did the survivors start to feel validation?

Yes. Sitting there in the interviews with survivors and asking all these questions about exposure to blunt force head trauma and strangulation and the symptoms they’re having, it’s like a light bulb is going off.

Maybe they haven’t been able to keep that job or they can’t remember appointments, or they’re having constant headaches, fainting, seizures, they can’t focus their eyes anymore and they’re completely hopeless.

They were being told they were going crazy by their abuser and were internalizing that. But now there’s an alternative reason; there’s an injury you don’t have control over. Your abuser did this to you. You have an injury that hasn’t been treated or addressed and these are symptoms of that injury. There’s a lot we still need to do but it’s been an explanation for survivors that brings them hope.

What about the brain injury treatment side?

Brain injury rehabilitation services are often not accessible to the populations we work with. And I’m not a brain injury researcher.

After we published this article, I discovered Ohio State actually has a brain injury discovery community here with the Chronic Brain Injury Program. These are some of the leading researchers in the world. They’ve really welcomed me into this space, supported my research and given me the platform to build bridges into the brain injury research community.

And we’re moving the research forward, intervention development is the next step to bridge the chasm and figure out how to bring brain injury intervention support to our most vulnerable populations.

They were being told they were going crazy by their abuser and were internalizing that. But now there’s an alternative reason; there’s an injury you don’t have control over.

Julianna Nemeth, Assistant professor of health behavior and health promotion at Ohio State
Finding this missing piece was obviously important but it sounds like there’s a lot more to do.

I’ve seen the faces of so many survivors over the years. The numbers represent people and they’re suffering. So there’s a great motivation to climb the mountain. 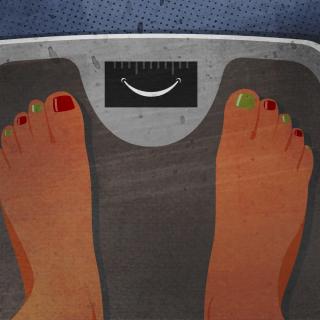 Click here to go to page.
Health and Wellness
From tips to tough talks, you can stay healthy during a pandemic holiday
5
min. read 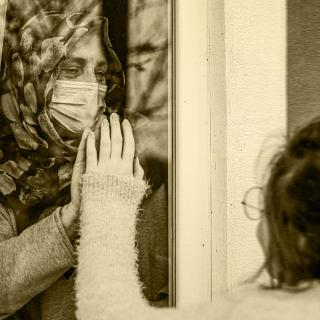 Click here to go to page.
Health and Wellness
Your role in helping prevent suicides during the coronavirus
3
min. read 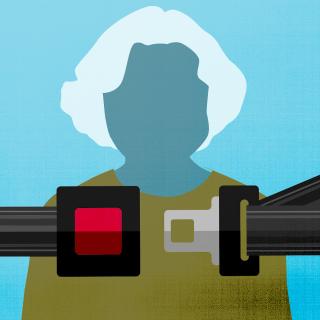