Main content
The growing diversity of the United States is not reflected in all areas of our lives. When it comes to medical care, that can be deadly.

That’s why Quinn Capers IV, MD, is at the forefront of a national effort to improve diversity in medical schools and the health care industry.

Not only does data show patients respond better to doctors they feel have a shared experience — especially among women and underrepresented minorities — but physicians who studied at medical schools with diversity tend to be more comfortable working in similar communities.

“We consider it almost a life and death mandate in medicine,” said Capers, the associate dean for admissions at the Wexner Medical Center and associate professor of cardiovascular medicine.“We know there are health care disparities — women and underrepresented minorities do not necessarily get the same high-level quality of care across this nation as they should. One important strategy to correcting that is more women and more underrepresented minority physicians.”

Capers’ efforts to increase diversity include raising awareness of implicit bias in the college admissions process and championing the #BlackMenInMedicine social media movement.

Capers and colleagues began the #BlackMenInMedicine campaign following a startling report from the American Medical Colleges that showed there were more black men enrolled in medical school in 1978 than in 2014.

“We wanted to show black male physicians at work, at play, with their families, essentially to make it feel more attainable for young black men,” Capers said. “An ulterior motive is to flood social media with images of black men as physicians to try to turn the tide of this unconscious bias that black men are the face of danger.”

He also leads educational workshops at Ohio State and medical schools throughout the nation to raise awareness of unconscious bias.

“Admissions committees are the front door to medical schools, so they have a strong impact on the health of this nation,” Capers said. 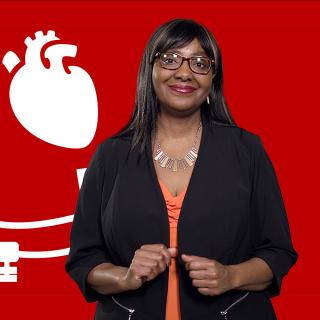 Click here to go to page.
Health and Wellness
Minute Professor: How to prevent Alzheimer’s disease? Breathe in, breathe out.
2
min. read 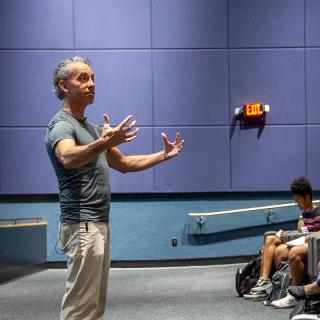 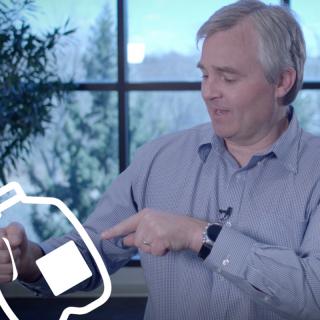