Linda Saif knows more about coronaviruses than just about anyone. They're her life's work.

Saif, a faculty member in Ohio State's Food Animal Health Research Program, is known nationally and internationally for her research on viruses that affect food-producing animals, wildlife and humans. She's also a member of Ohio State’s Infectious Diseases Institute, where she is a co-director for the Viruses and Emerging Pathogens program.

Here, she tells us about COVID-19's possible origins, how it compares to similar diseases and why we should take the coronavirus seriously.

How seriously should we take this virus, and how worried should we be?

This is a national and global emergency.

Based on epidemiologic predictions for a new disease in a fully susceptible population, some epidemiologists suggest as many as 66% of people in the United States could become infected, whereas others indicate 30% to 40% as the best case scenario.

Because we now have community spread in the United States (as opposed to only imported cases), the goal now is to contain when possible, but use social distancing (stay home or more than 6 feet from others, etc.) to slow down the rate of infections and not overwhelm our health care system. We should be testing thousands of people daily and quarantining the positives.

Other personal hygiene measures include:

These measures are critical not only to protect yourself, but potentially your parents and family, your highly vulnerable elderly grandparents (most at risk), your friends and neighbors.

To defeat COVID-19 will require all our collective efforts and all of us working together as informed citizens to protect each other within our communities and our country.

Where can we go safely?

The bottom line is to stay home. I would opt for take-out from restaurants (they are now closed) and only grocery shop if needed during off hours when there are few customers. I would use online order services with delivery or pick up when possible.

Is the American health care system prepared to handle this?

Comparable to an expedited wartime effort, if we can repurpose antivirals to treat COVID-19 as are now being tested, we should be able to repurpose factories to help produce more masks, gowns, gloves, face shields and disinfectants needed to protect our health care workers.

We may need to repurpose military bases and schools, or set up tents and trailers for surge capacity for beds for the patients who do not require ICU.

Factories need to rapidly manufacture more ventilators and newer equipment needed to save the lives of the sickest patients.

Without antivirals and vaccines, widespread plasma banks (hopefully led by the Red Cross) with blood donated from COVID-19 recovered volunteers that contains antibodies to SARS-CoV-2 are potential preliminary treatments to reduce disease severity and patient deaths — as has been used for SARS and COVID-19 in other countries.

How did this strain develop, and why is it called COVID-19?

Initially, many of the patients in the COVID-19 outbreak in Wuhan, China, reportedly had some link to a seafood and live animal market in Wuhan — suggesting an animal origin for the initial spread to humans. Comparison of the genetic sequence of the new virus suggests a single, recent emergence from a virus closely related to a SARS-related bat coronavirus.

An important factor in the spillover of SARS and then MERS coronaviruses to humans, besides bat reservoirs for all these viruses, was the role of intermediate mammalian host species. For SARS, it was civet cats sold in the animal markets of China, and for MERS, it was camels that likely acquired the respective coronaviruses from bats and then transmitted them to humans.

Based on this data, beyond bats, it is also likely that an intermediate but unknown host for COVID-19 exists in the live animal markets in China.

How many coronaviruses are there, and how does COVID-19 compare?

There are at least seven strains of coronaviruses that infect humans. Four types of human coronaviruses are common and widespread in the population. Because people have various levels of immunity to them, they cause only mild upper-respiratory infections and colds.

What is not appreciated is that historically, coronaviruses have spilled over from animals into humans repeatedly for hundreds of years.

What is unique to SARS, MERS and COVID-19 is that these viruses were newly introduced into the human population in the 21st century. Humans had no immunity to them, making them more deadly infections. SARS emerged in humans in 2002 in China, spread globally and then, for unexplained reasons, largely disappeared after July 2003. The death rate was about 10% of the 8,000 patients infected, mostly elderly or patients with other chronic health problems.

MERS emerged almost a decade later in the Middle East and infections are still ongoing with about 34% of the more than 2,500 patients dying of this disease.

As of March 17, COVID-19 has infected more than 185,000 people, spread to more than 130 countries and killed more than 7,300 patients. Based on the data from China, WHO estimates that 3.4% of infected patients could die, but estimates from some other countries (South Korea) are lower. These zoonotic coronaviruses are more severe in humans because they can more readily cause pneumonia. And because humans have no immunity to them, they can spread as devastating pandemics.

Like SARS and MERS, the elderly and those with major chronic health conditions (diabetes, heart disease, COPD, asthma, hypertension, etc.) are at the highest risk of severe disease and dying.

Unique aspects of COVID-19 that make the disease so difficult to prevent and control are that the SARS-CoV-2 (the name of the coronavirus that causes COVID-19) is more easily transmitted by respiratory droplets from person to person, and individuals may shed the virus before they are sick or even if they do not show symptoms. This has greatly complicated control measures such as monitoring temperatures that was highly effective for SARS.

What do we know about this virus?

It has a large single stranded positive RNA genome that is prone to frequent mutation and recombination events, allowing it to change and adapt to new species. It has an outer lipid envelope (disrupted by detergents like soap — so wash your hands!) with surface spikes like a corona.

What don’t we know about this virus?

We do not yet know from which animal species the virus came or what enabled it to jump from animals to humans. We do not understand how the virus has acquired the ability to spread so efficiently in humans, compared to SARS or MERS.

It is unclear why the elderly and those with co-morbidities are at increased risk of severe disease, but unlike for influenza infections, most children have milder disease. Understanding the latter, how the virus causes disease and the co-factors that increase severity is critical to develop effective vaccines and treatments targeted for those at the highest risk.

We still do not know how many subclinical cases there are in the United States and what regions are the most heavily infected. To address this, we need tests for antibodies that are present in recovered cases and indicative of prior infection. Unfortunately, although available in other countries, these tests are not available for routine application in the United States.

What aren’t people talking about that we should be?

How can we influence human behavior so that wildlife habitats can be maintained and urbanization does not encroach on such habitats and lead to more spillover events?

Why have we failed to implement the lessons from past pandemics in terms of preparedness and largely failed to seek and heed the advice of experts in the field for this pandemic?

What new lessons can we learn from this pandemic, and how and when will they be implemented so we can be better prepared for future viral pandemics? 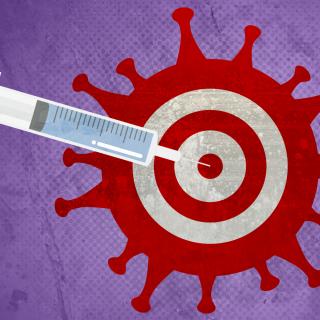 Click here to go to page.
Health and Wellness
Are these coronavirus vaccines safe? An expert weighs in
5
min. read 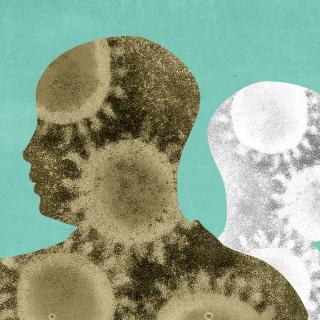 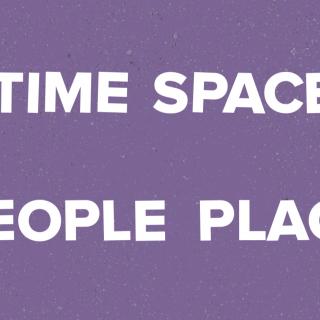