The coronavirus pandemic has convinced many people to wash their hands frequently and to socially distance themselves from friends and neighbors.

It’s provoked officials to close schools and universities, cancel sporting events and parades and urge people just to stay home. Many stores have chosen to shut down altogether for the next few weeks or remain open with limited hours.

Unlike other types of remote threats happening in faraway places, the pandemic threat is hitting much closer to home, said Yunhui Huang, PhD, assistant professor of marketing in Fisher College of Business’ Department of Marketing and Logistics.

“It’s already a pandemic, and everyone is already fearful,” said Huang, who has studied how external factors such as disease influence consumer decision making and preferences.

That fear means people are reacting differently than they would react to other kinds of threats, such as hurricanes or other natural disasters.

And it’s affecting their behavior, including their spending habits, which in turn affects the economy.

Fear of the unknown is one major factor at work during this pandemic.

“I don’t think anybody knows how long this is going to last, actually,” Huang said.

On a larger scale, the economic impact of the pandemic is yet to be determined, as it will take some time for the data that tracks economic performance around the world to become clear.

But experts are already pointing to examples: the supply chain disruptions, the economic hit sustained by the cruise ship and airline industries while people cancel trips, the big drops in the stock market, companies laying off employees, bars and restaurants closing and so on. The Federal Reserve has slashed interest rates. Some experts are even warning of a possible recession.

Yet this pandemic has motivated many people to behave — and spend money — in a very specific way.

It’s convinced them to go shopping.

You’ve seen the pictures of people with shopping carts groaning under the weight of bottled water and multiple packages of toilet paper. You’ve heard the desperate pleas for people to please stop buying up all the hand sanitizer and disinfectant wipes.

Maybe you’ve even been inspired by media accounts of people stockpiling cleaning supplies, medications, canned goods and other non-perishables to go out and buy a few extra things to stash away in your pantry and medicine cabinet. You’ve probably stood in one of those seemingly endless lines to make your purchase (toilet paper, just in case?) as a result.

Stocking up is not uncommon behavior. People often react to a threat, or a perceived threat, by trying to prepare. This often takes the form of stocking up on supplies that they think they’ll need but worry they won’t be able to get.

“You see short-term hoarding behavior before with other disasters, like a typhoon or hurricane,” Huang said. “It’s that survival instinct kicking in.”

In fact, it can be a reaction to any kind of disaster on a large scale, during which people worry about their survival being threatened. And right now, people don’t know if the pandemic is a short-term or long-term situation, which exacerbates their uncertainty. Seeing empty shelves in the stores can make it even worse.

Experts are urging people to stay away from others, to embrace social distancing. That cocooning at home, away from others, is also a natural response to this particular type of threat. With other types of threats, people tend to band together and work together to defeat the perceived theat.

“But with disease, it gets people to actually avoid others,” Huang said. “People don’t want to unite to fight against something. They want to stay away. They want to keep to themselves.”

And their consumer behavior will likely follow suit. Once their houses are full of supplies, people may start channeling their money into alternative entertainment options, Huang suggests.

After all, many of their usual entertainment options are unavailable. Among others, the NBA and NHL have suspended their seasons, with Major League Baseball delaying the start of its 2020 season. Theme parks such as Walt Disney World, Disneyland and Universal Studios have closed. Libraries and museums in many cities have closed for several weeks. Other entertainment venues are likely to follow.

She expects to see more people spending their entertainment dollars on video games and consoles, exercise equipment to use at home and other things that won’t take them out into the community.

When can we expect recovery?

When will it all be over, and when will stores be able to re-open — and remain open — with fully stocked shelves? No one knows for sure.

“I think people are kind of in a panic state right now because they don’t feel they have all the information. But that cannot be helped,” Huang said. “Even the CDC experts only have an estimate about how things will evolve.”

So, it may get worse before it gets better. As more buildings and businesses close, people may experience even more feelings of insecurity.

“It’s a difficult time,” Huang said. “It feels like a movie.” 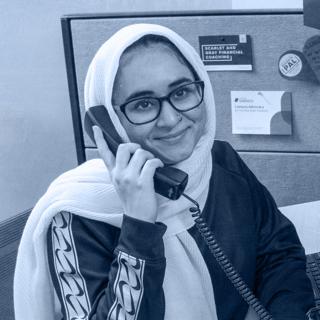 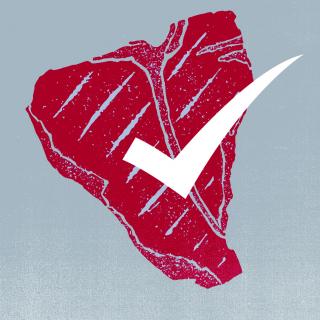 Click here to go to page.
Food and Agriculture
Yes, we’ll have plenty of meat. No, it won’t make you sick.
3
min. read 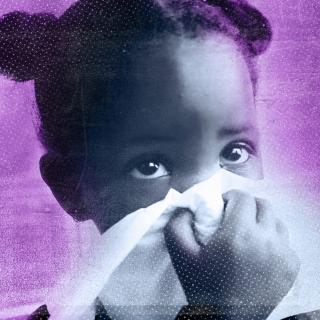 Click here to go to page.
Health and Wellness
I think my child has COVID-19. Now what?
Share