The hospitality industry may never be the same.

Sure, the coronavirus has taken a wrecking ball to many industries around the world, but nowhere has its impact been more severe than on hotels, restaurants, bars and event centers.

In fact, long after the virus is gone, its imprint could remain on the industry, according to Milos Bujisic, an assistant professor of Hospitality Management in Ohio State’s Department of Human Sciences.

U.S. unemployment numbers from the hospitality industry since the outbreak have outpaced other industries by the millions. Can you break down that impact?

It certainly got hit by far worse than any other industry.

Occupancy in U.S. hotels dropped to 40%, and in Europe, it dropped below 10%. But in the United States, that number is better because of extended stay hotels, as people ran away from places such as New York or areas most hit. So those hotel chains are surviving, but luxury hotels and properties have been impacted a lot.

All events were basically cancelled. Cruise ships were shut down.

And then on the biggest employer, restaurants, it had a major impact. I’ll use a local example: Cameron Mitchell Restaurants had about 4,500 employees in more than 30 restaurants around the country. Within the first two weeks of March, they released everybody except six people.

Restaurants with drive-thrus and curbside services can recovery fairly quickly. As another local example, White Castle restaurants are doing well because people go there for convenient and quick service. Luxury segments are going to take a while and the entire late-night economy, bars and clubs, is depending on government regulations right now.

Luxury hotels and leisure destinations will take time because air travel is still recognized as risky.

Business travel is a difficult one. It’s going to take a long time and it might not recover to the previous level. Businesses are realizing previous events and meetings that required face-to-face attendance can be done online. Is it the same experience? Probably not, but it saves money and reduces the chances of people getting sick.

So what do the next few months look like?

Everything is rapidly evolving and the industry is trying to adjust but until there is a general lift of the entire lockdown, things won’t return to the old normal. And even after that, there is a big question as to whether things will ever return to how it was. I expect the industry will change and hopefully this change will be positive in the long run.

There certainly will be changes in consumer behavior. Consumer trust is going to take awhile to return to normal and consequently hospitality is going to adapt.

Styles of services may have to change. I was recently interviewed about the future of buffets, for example. A study from Japan showed if one person in a buffet restaurant is infected, within a short period of time, everyone in the restaurant could potentially be exposed to infection.

Something like this probably reveals a lot about the industry; what are we seeing?

A big percentage of the hospitality industry went into this crisis without having financial reserves to cover operating costs for even one month. So companies started firing employees within weeks. A lot of mom and pop, small businesses will never reopen because reopening costs are large and it will have an impact on employment.

Another thing we are seeing is that many people may not return to the hospitality industry to work. This situation gave a blow to their trust because they all lost their jobs so quickly.

Going forward, what recommendations do you have for those running a business?

Definitely revisit your operating procedures and infection prevention strategies. Get adequate training on how to quickly implement practices that might reduce the chance of spreading disease.

That’s important for two reasons: From a societal perspective, if everyone implements those practices, it would reduce how quickly the infection spreads. From a business perspective, it will change their reputation if they’re known as a company that’s doing an exceptional job.

Second, companies have to revisit their finances and start operating with a higher level of reserves to withstand situations like this. They should still be able to keep employees on the payroll until a crisis is over. It’s very expensive to fire people and hire new ones. 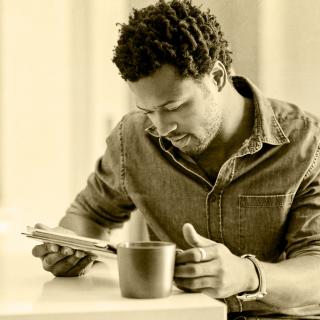 Click here to go to page.
Health and Wellness
10 tips for coping with your coronavirus fears
4
min. read 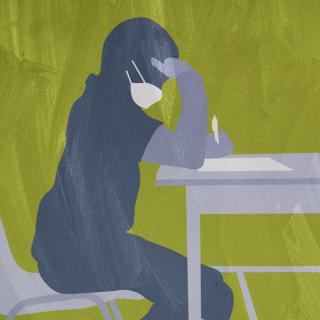 Click here to go to page.
Life and Society
Back-to-school fears are real. Help your children combat them.
6
min. read 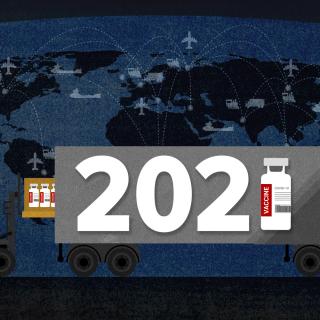 Click here to go to page.
Business and Finance
Going the last mile for the COVID-19 vaccine
5
min. read
Share