It’s the end of the first full week of April, and Ned Hill is at home, estimating the demand for facemasks for Ohio’s manufacturing industries. This is for when non-essential businesses can bring people back to work after shutting down amidst the coronavirus (COVID-19) outbreak.

“It’s going to be a big freaking number,” says Hill, a professor of economic development in The Ohio State University’s John Glenn College of Public Affairs. “But we’re starting to focus on the fact that if you don’t maintain social distancing or have some sort of protection, a second or third wave of the virus could happen. Something like not having enough masks for workers could prolong a recession by months.”

The COVID-19 shutdown, while necessary, has decimated economies around the globe. In the United States, governors such as Ohio’s Mike DeWine recently signaled they are planning for restarting the workforce.

It’s unclear when that will happen and what that will look like. It’s also unclear about the long-term hits our economy will take.

Hill’s insights into economic and community development have assisted many of Ohio’s industries and policymakers, including three governors prior to DeWine. Here, he discusses the outlook for our economy and what will be needed to bring people back to work.

Ohio acted pretty quickly and decisively to shut things down. Is that going to be good or bad for our economy long-term?

As an Ohioan, what we’re going to see is the benefit of aggressive public policy anchored with leadership that respects facts and expert knowledge. The governor has done a fabulous job of communicating the dangers of the COVID-19 pandemic in a real way and also used his executive power and public health laws to demonstrate he was serious.

I’m reading The Great Influenza right now about the 1918 pandemic. John Barry’s historical reporting shows that places that acted aggressively suffered less impact from the Spanish influenza. And the title of a recent econometric working paper by Segio Correia and Stephan Luck from the Federal Reserve and MIT’s Emil Verner sums up the policy nicely: “Pandemics depress the economy, public health interventions do not: Evidence from the 1918 flu.”

When I look at what’s happening in the United States, I do not see permanent shift in the distribution of the economy because financial services will stay in New York; the IT and software industries will still be closely concentrated in the Bay Area; and video entertainment is deeply rooted in Los Angeles and New York City.

I do expect to see the consumer sector and the daily rhythms of the economy come back quicker in those regions that were aggressive.

I also expect to see geographic shrinking of supply chains as geo-political tensions between China and the United States and Europe build. This can lead to reshoring of some health-care-related manufactured products, such as medical equipment and pharmaceuticals.

Some personal protective equipment (PPE) will return as well, but it will remain very price-sensitive and we are more likely see purchases move out of China and to other countries in Southeast Asia. The only way that PPE production that is occurring in Ohio and other places in the United States will remain is if it can lower production cost or introduce new qualities and benefits that lower the cost of lifetime usage.

What needs to happen to set the economy on the right track?

The federal government will have to do something to kick-start demand and reopen the economy in a way that does not generate large second and third waves of the disease.

When COVID-19 first hit the nation and Ohio it was a huge shock on the supply side of the economy, with the workforce evaporating due to government-mandated closures. Now the damage has shifted to the demand side of the economy — people are not spending. That’s why the structure of the stimulus was so good. It’s getting cash to people quickly.

But consumer confidence is shot. Demand stimulus, which is what was done during the Great Recession, is probably going to have to come back.

If you look forward, we’re in a recession that started March 1, and it’s going to last through the fall and most likely into next year. The question is if there’s enough stimulus and stability and can people get back to work quick enough to keep the damage from spreading into next spring.

What are indicators people could look for that we’re headed in the right direction?

Two sets of actions are required.

There’s going to have to be a reasonable way to allow people to work and not be exposed to the disease. Employers are going to have to reinvent the way we do work during the transition. We’ll need plans to maintain social distancing at work, sanitize work places and common areas and accommodate the day-to-day challenges people will face in their private lives.

Parents are going to worry about kids; who’s going to want to send their kid to daycare?

The second issue is when will there be a vaccine? The world is not safe until there’s herd immunity and that’s at least an 80% inoculation rate. A vaccine is at least a year to 18 months out. That means there won’t be a vaccine available until May or June (2021) at the earliest. A more likely date will be a year from September. Then it will take months to inoculate enough people to beat the disease.

We’re in a recession that started March 1, and it’s going to last through the fall. The question is if there’s enough stimulus and stability … to keep it from spreading into next spring.” 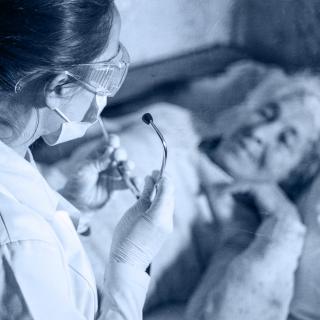 Click here to go to page.
Life and Society
COVID-19 is revealing our faults — and virtues
4
min. read 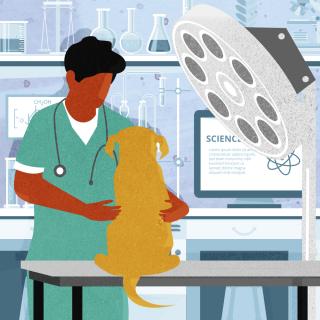 Click here to go to page.
Science and Technology
The latest coronavirus started in dogs then jumped to people
5
min. read 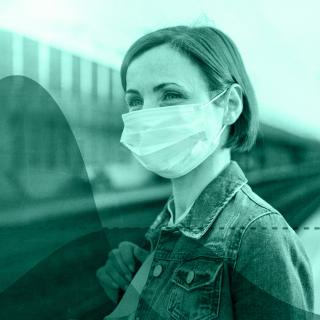 Click here to go to page.
Health and Wellness
How are we flattening the curve? An Ohio State expert explains
Share