Many service members are trained to suppress their emotions, to bottle them up. It’s a survival technique designed to keep them alive and function in times of enormous stress.

“But you’re not trained to unpack it afterward,” said Zack Starr, a U.S. Navy veteran and founder of VetConnect, a nonprofit organization created to help reach veterans who may be at risk for suicide.

Without an avenue to express their emotions, including any emotional trauma they’ve endured, veterans can find themselves adrift when they try to return to civilian life.

A series of workshops developed by Kevin McClatchy, a faculty member in Ohio State’s Department of Theatre, employed an unlikely resource to help veterans learn how to channel their emotions in a safe, productive way: renowned playwright William Shakespeare.

McClatchy has long been inspired by the notion of investigating the cost of war — and how people process that impact — through performance.  “How do we find some sort of common understanding of the experiences of what we ask our soldiers to do — and what they volunteer to do — and how they experience reintegrating into civilian life?” he said.

McClatchy and a group of Ohio State MFA students also interested in delving into exploring the impact of war partnered with the local veterans’ community. They launched two sets of Shakespeare workshops: one set for veterans and active duty personnel, another for family members and counselors of vets and service members.

For 10 weeks, the veterans and service members met on Tuesdays, while the family members and caregivers met on Thursdays. Each workshop began with some ensemble-building theater games to get everyone to loosen up a bit.

“It got everybody to drop their walls right away and associate with each other,” said Starr, who participated in the veterans’ group and also attended the family member and caregivers’ group.

Then they began experimenting with reading and reciting some passages from Shakespeare.

“There’s a universality in Shakespeare,” said McClatchy. “Shakespeare is really effective, maybe because of the rhythm of the verse.”

Shakespeare’s plays are written in iambic pentameter, a style of verse that uses five groups, or “feet,” of two syllables each — a short syllable followed by a long syllable. The rhythm is very similar to, yes, a heartbeat, which makes it feel very natural to many people.

Many of the veterans and service members also responded to the rich characters and situations created by Shakespeare. Starr didn’t have a background in Shakespeare when the workshop started, but he quickly came to see the value of this type of workshop.

Reciting the words from one of Shakespeare’s characters gave him and other veterans permission to express emotions that they had been trained to bottle up. They could tap into their life’s experience and use that without anyone questioning them.

“In this environment, you were actually encouraged to bring in the emotion,” Starr said. “It was permitted, and it was a safe zone.”

This is called achieving aesthetic distance, McClatchy noted. And the family members also embraced the opportunity to step into a Shakespearean character as a way to express their own emotion, using Shakespeare’s words.

The character of Constance from King John particularly resonated for some of the family members. In the play, Constance’s son Arthur is captured and eventually dies, leaving Constance wracked with grief.

A woman in the family members’ group stepped forward to read a speech by Constance. She had lost her own son when he was killed in Afghanistan, and the words of another grieving mother spoke to her. As the woman began the speech with the words, “Grief fills the room of my absent child…” a hush filled the room.

“It’s about grief, but she put it under this character,” said McClatchy. “The room came to a standstill when she did it. We communalized the experience. We all bore witness to it. It was unforgettable.”

And the experience was just one of many to have that kind of impact.

“Time and again, with the family members and the counselors, it proved to be a deeply affecting way for people to be heard,” said McClatchy, noting that there tend to be fewer opportunities for this group of people to share their experiences.

And that was also true for the veterans, said Starr. “It was another way to reach veterans on another level,” he said.

Because the feedback was so positive, McClatchy is already planning future opportunities for The Ohio State University theater community to partner with the veterans’ community in Columbus and the surrounding area. 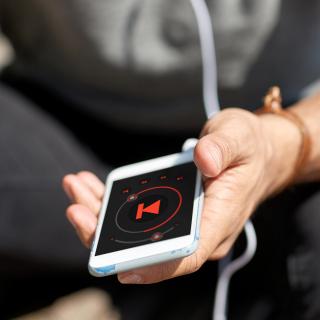 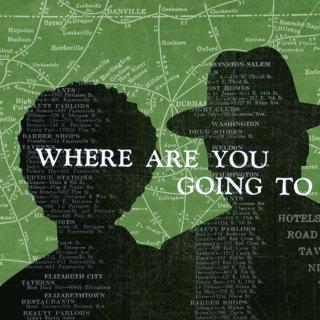 Click here to go to page.
Arts and Culture
Oscar-winning "Green Book" wasn't really about Green books. This is.

Click here to go to page.
Food and Agriculture
Does apple cider vinegar get rid of garlic breath?
Share